In a report released recently, TrendMicro claims to have discovered 49 malicious photo applications and games on the Play Store. In total, they were installed by 3 million devices. Once present on the smartphone of its victims, the application multiplies the tactics to avoid Google’s security systems.

According to TrendMicro, the malicious code of each application is camouflaged by “custom algorithms”. In addition, the app disguises its default adware browser, such as Google Chrome. If a Chrome shortcut mysteriously appears on the home screen of your phone, it may be that a malware is at work.

As always, the malware waits several hours after installation before deploying ads. In this way, the victim does not immediately link the app with the ads that pop up on its device. These ads are impossible to close or avoid. Alerted by TrendMicro, Google quickly removed these apps from the Play Store. Here is the list of these apps to uninstall urgently to avoid ads. 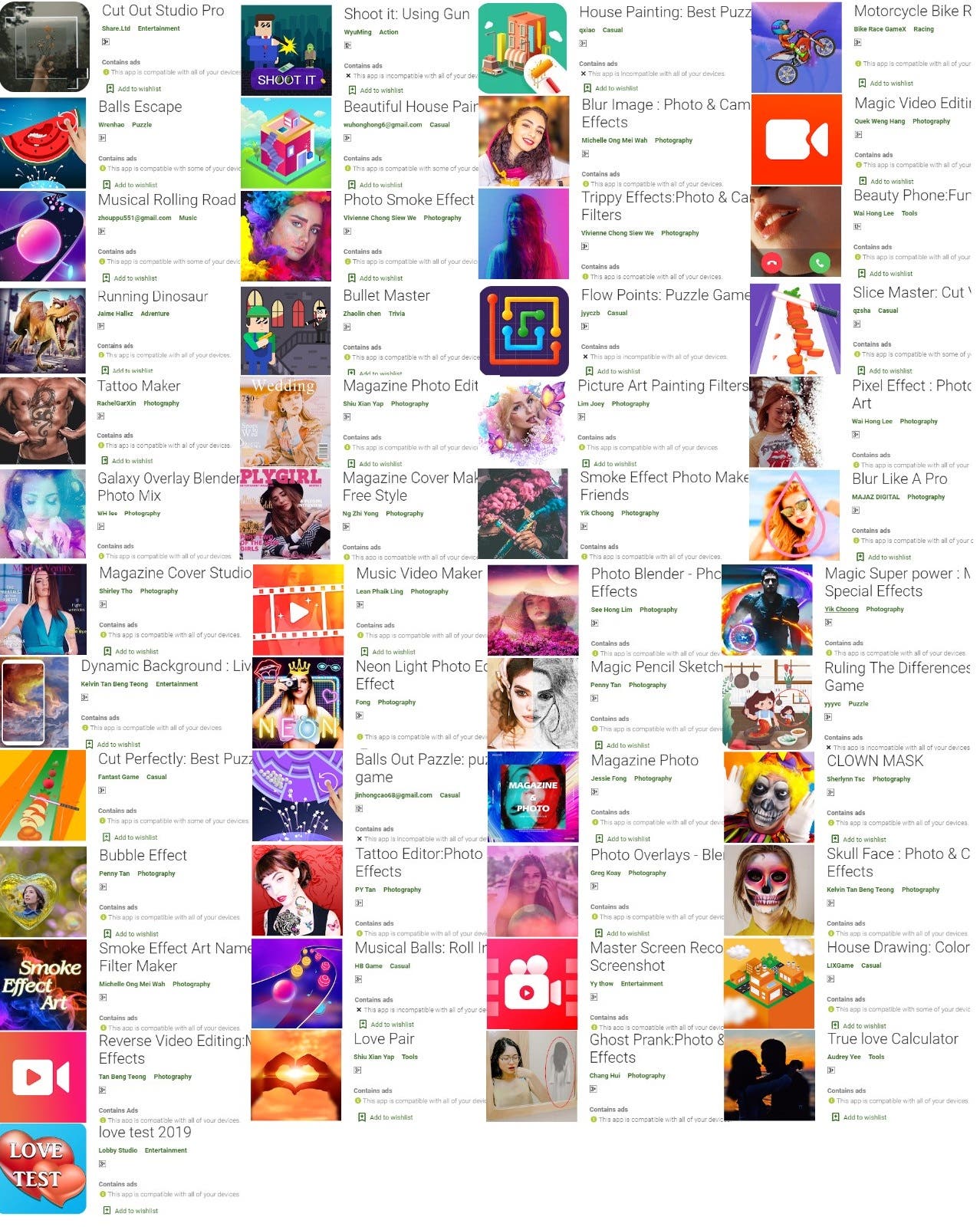 TrendMicro has seen an increase in malware on the Google Play Store in recent months. Last August, the researchers had already reported 85 malicious Android apps. In recent weeks, similar reports are not lacking. At the end of October, ESET discovered a virus in the code of 42 applications of the Play Store. In most cases, malware is only designed to display intrusive ads. In others, the malware is able to steal thousands of dollars from users.

We advise you to be careful when you download an unknown application on the Play Store. Aware of the security flaws in this store, Google has asked ESET, Lookout and Zimperium for help in banning malware. Will the net giant manage to protect Android users from hackers? We are waiting for your opinion in the comments.