With virtually all major launches from Samsung mobile now behind us, reports, leaks, and rumors about the Korean firm 2020 first flagship are now beginning to creep in. Just hours after popular tipster Evan Blass tweeted that the Galaxy S11 series will come in at least five models, indication has now emerged that suggests the S11 will come with an improved display.

According to the Korean Intellectual Property Office, Samsung mobile has now trademarked the SAMOLED moniker in the Smartphone Displays category, which has now fuel speculations that the SAMOLED display will feature in the upcoming Galaxy  S11. The SAMOLED display from all indications looks to be an improvement over Samsung’s latest offering – the Dynamic AMOLED which first featured in the S10, and the Galaxy Fold. 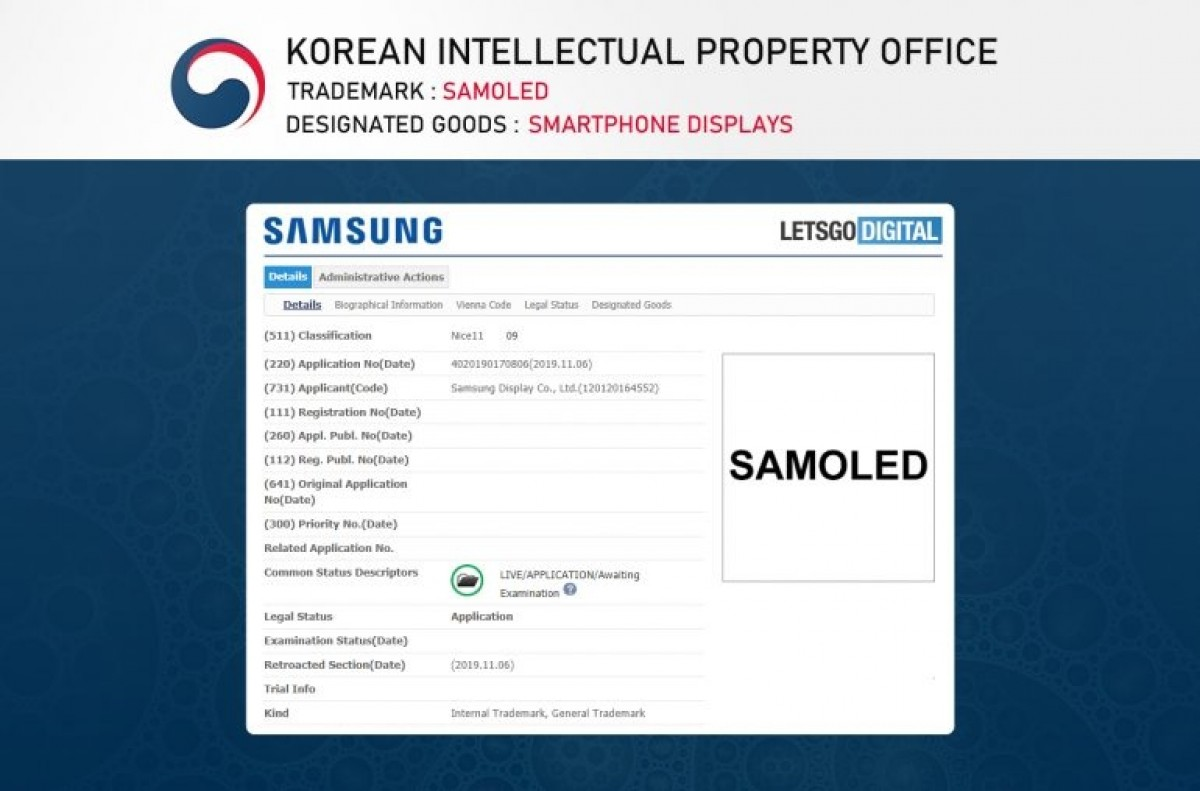 Do note that the Dynamic AMOLED display is more or less the same as the Super AMOLED display (also trademarked by Samsung). But it comes with HDR10+ support and some super high pixel density at 526 PPI. We aren’t exactly sure what the new SAMOLED display will bring to the table, but we should get some hints as to what upgrades it will present in the coming months.

And while the S10e has a flat-screen panel, the tipster says all the Galaxy S11 variants will feature curved-edge displays.  This should close the gaps between the base, and the most complex version.

Next Android: 49 apps contaminated by a malware found in the Play Store