Xiaomi launched MIUI 11 for international markets alongside the Redmi Note 8 Series launch in October. According to the update timeline provided by the company, the Redmi Note 8 Pro is supposed to get the MIUI 11 update in December. However, to everyone’s surprise, the brand has already rolled out the update in India a month earlier as per some users on Mi Community. 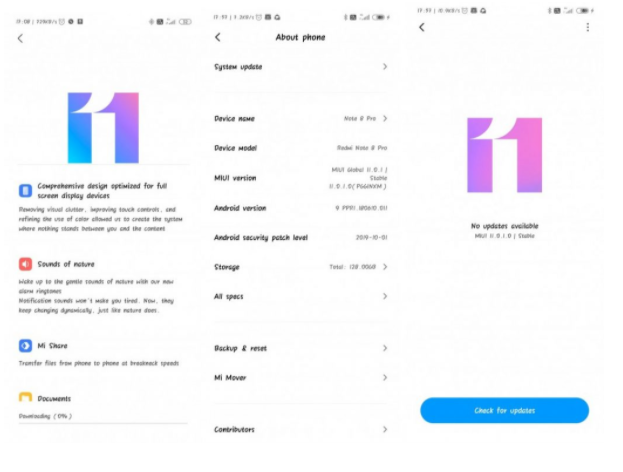 Though Xiaomi has rolled out MIUI 11 update for Redmi Note 8 Pro earlier than expected, it is still based on Android Pie. The update weighs 587MB and bumps up the MIUI version to 11.0.1.0 with October 2019 Security patch. The update says ‘Stable’ according to the screenshots shared by some users but we believe it to be a ‘Stable Beta’ build and not the final rollout for the masses. It means the update will be available for certain users initially for public testing. If it passes the expectations, the same build will be sent out to everyone in a few days to a couple of weeks.

Nonetheless, all the Redmi Note 8 Pro users will receive the update by December as promised by Xiaomi during the launch. Until then, users can head to Settings -> About phone -> System update and tap on ‘Check for updates’ every now and then.