When you want to close the current tab in Chrome for Android until now you needed to swipe down to display the list of tabs and press the X button in its preview. Now, the latest version of Chrome includes a new quick shortcut that makes it a bit easier.

This shortcut allows you to perform three actions with a long touch: close tab, open a new tab and open a new incognito tab. Technically they are still two steps, as before, but it is more comfortable and quick than before. 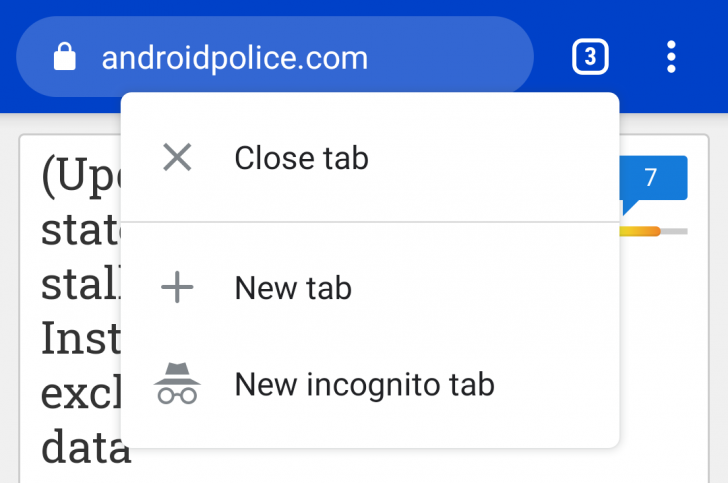 This new menu in Google Chrome had been in trial mode for some time and accessible only after activating a certain flag, but the latest version of Google Chrome has now activated it for everyone. This is a quick menu accessible after a long touch on the tabs button.

Previously there was no option to close the current tab unless you were in the tab preview, then touching the X button to close the tab you want. Yes, there was a way to open a new normal or incognito tab, from the Google Chrome main menu (the three-point button).

It is, therefore, a small shortcut that puts three options related to tabs quickly accessible. It should be more intuitive and faster, especially when closing the current tab. As long as you remember to make the long touch on that button. You will need Google Chrome 78 or higher.

Next Mark Zuckerberg has created a TikTok account in secret