Google Photos on the Web has started receiving a new video editor, more or less on par with the one released for Android and iOS about a year and a half ago. Not much can be done: there is no support for filters or for overlaying text, just like in the app. However, you can insert photos, live photos and clips, you can replace the background music, but only with other songs from the Google library, not with anything you can choose. You can of course cut and shorten videos. 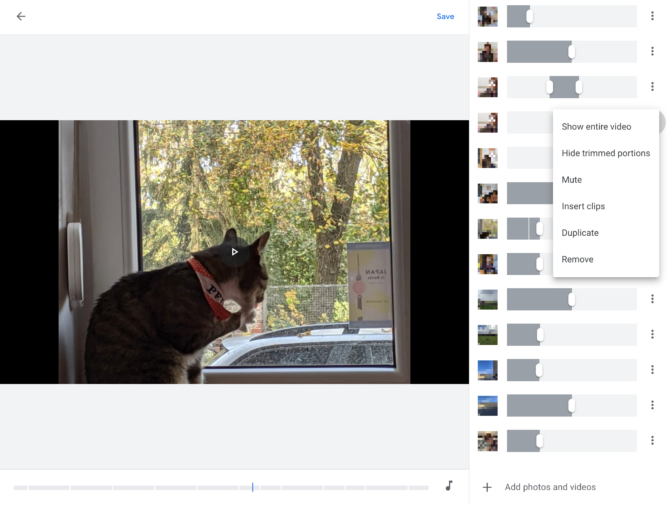 According to Android Police, the distribution of the update started recently, but it is not clear how quickly it is proceeding. We can confirm that none of us received it for now. It is true that it cannot be considered a valid substitute for real video editing software. So if you need a dedicated app you will now need it even when it is available. Of course, it can be useful for super-basic “on the fly” montages. Perhaps for videos created automatically from the Assistant tab. Which is going to be renamed “For you”, to avoid confusion with Google Assistant.

It is worth to mention that previously, the search engine giant has announced that the Google photo app will become more powerful. Since it is implementing the ability to “search for text in your images”.

Currently, users can go into the Google Photos app. And type any text you know is present on a screenshot or a photo. If you need to copy the text, you just need to click the Lens button on the bottom. After that, you’ll have highlighted words for copy/paste. On the moment, Google’s engine still struggles to interpret cursive, less known words, and some abbreviations. However, it still is in the development phase. Therefore, we expect to see the feature turning more powerful in the coming months.