Following the schedule, this afternoon, OPPO’s sub-brand launched the Realme 5s smartphone in India. The phone uses a Qualcomm Snapdragon 665 processor and a 5000mAh capacity battery. And the starting price is INR 9999 (about $139).

Those who are not aware that the Realme 5s is the third product in the Realme 5 series. It comes after the Realme 5 and Realme 5 Pro. To recall, the Realme 5 was launched in India in August alongside the Realme 5 Pro. Not surprisingly, the configuration and appearance of our protagonist are similar to that of Realme 5. But it’s the lower variant of the mentioned variant.

Apart from this, the Realme 5s is equipped with a 6.51-inch screen with a resolution of 1600 x 720. This phone uses a water drop design. In terms of hardware, as said above, it sports a Qualcomm Snapdragon 665 processor. The latter is accompanied by up to 4GB of memory and 128GB of storage space, which can be further expanded to 256GB through a microSD card. 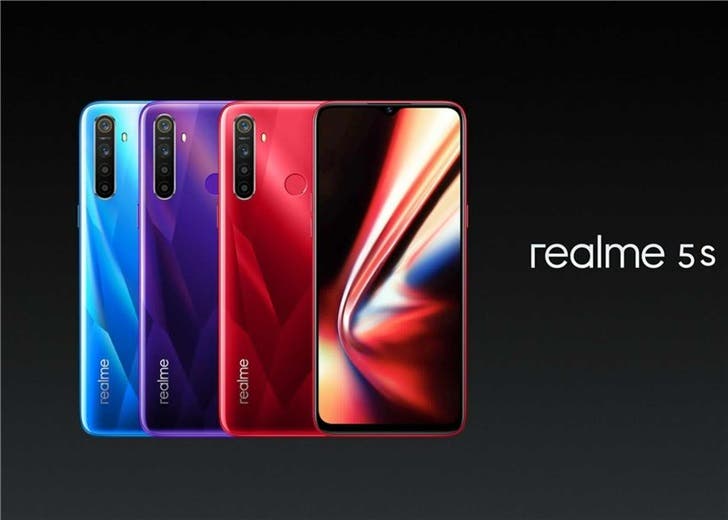 In terms of photography, the rear quad-camera consists of a 48-megapixel Samsung ISOCELL GM1 main sensor, a 119-degree 8MP ultra-wide-angle lens, a 2MP telephoto lens, and a 2MP super macro lens. The front camera has a 13MP resolution.

Well, all these features have become mainstream for mid-rangers. But how the Realme 5s is going to compete in this niche? The answer is ‘the price’. The phone’s 4GB+64GB version costs 9999 Indian rupees, and the 4GB+128GB version is priced at 10999 Indian rupees (about $153). This handset will go on sale on November 29.

The first details on the upcoming Realme 10 have been revealed