Chinese manufacturing giant, Xiaomi, is doing quite well with its TV brand. The company is particularly doing well in China and India. In fact, the Xiaomi TV brand has been on top of the Chinese market for many quarters consecutively. It is also the most popular TV brand in India. Recently, the company announced that its TV will get an earthquake warning feature in some areas. Now, the latest reports show that the recently released Xiaomi TV 5 series will get a video call feature soon. 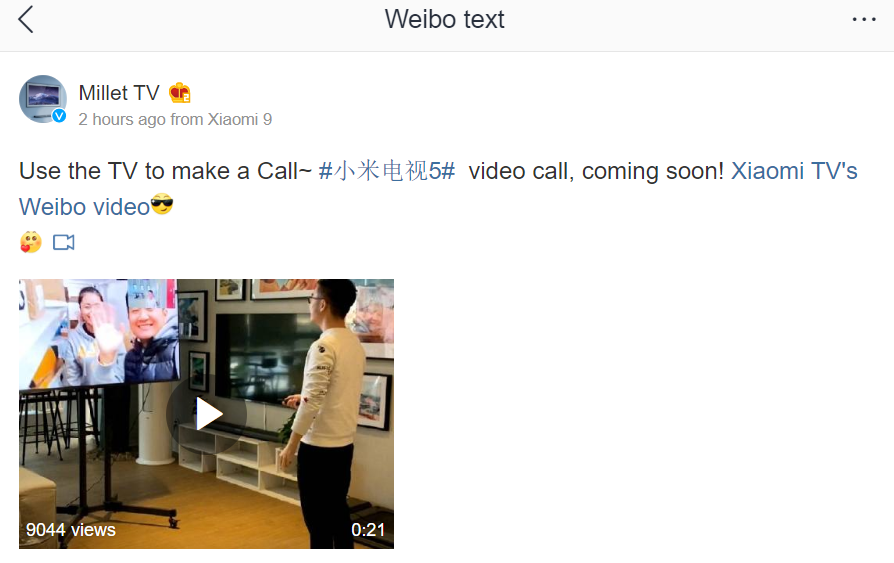 The Xiaomi TV 5 series is a high-end ultra-thin full-screen TV with a full-screen design and an integrated metal frame that is as thin as 5.9mm. With a 4K wide colour gamut screen, the screen ratio is 97%, the BM area is smaller, and the border is narrower.