Huawei is gradually entering the smart home market. But for all those equipment, it needs a ‘device in the middle’. As you guess, we are talking about the WiFi routers. Recently, this manufacturer has released a few models. And today, we learned the new one is on the way. The Huawei Router A2 has opened an appointment. It supports a one-touch network, tri-band Wi-Fi, and other functions. The price is 399 yuan ($57).

According to the official data, the Huawei Router A2 is 104mm in diameter, 210mm in height, and 580g in weight. In terms of hardware, it comes with Huawei’s self-developed quad-core 1.4GHz processor. It has a computing power of 12880DMIPS and 256MB of memory. 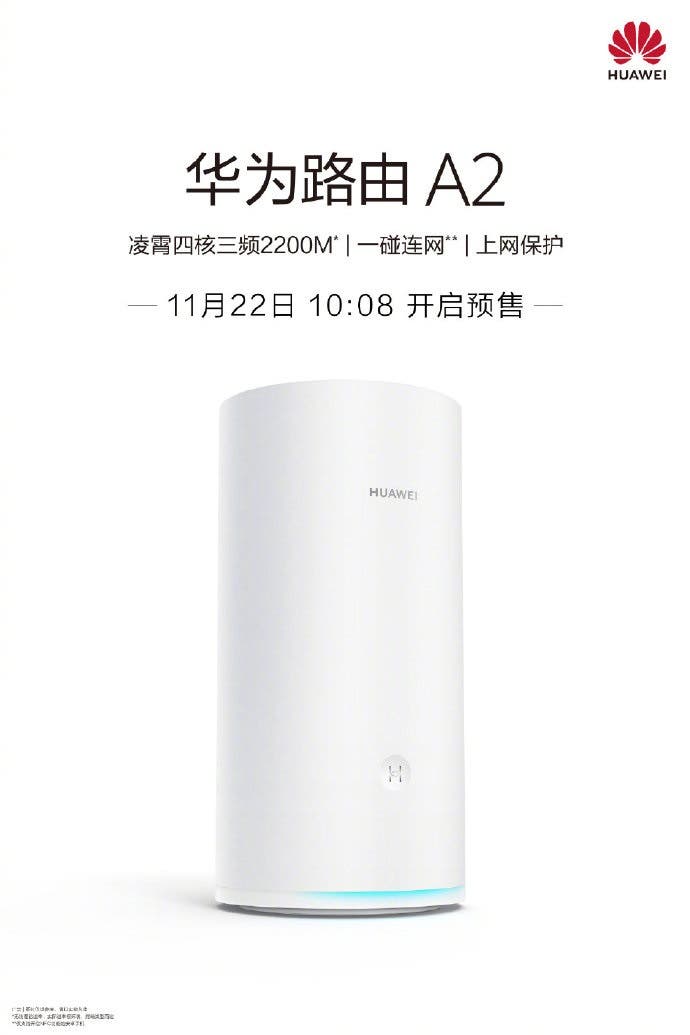 The Huawei Router A2 provides a few frequency bands of 2.4GHz, 5GHz (low-frequency band) and 5GHz (high-frequency band), which supports triple-band integration. Of course, it automatically connects the band, choosing the best option.

This gives a real advantage to the Huawei routers. Pv6 routers are difficult to attack and it has random addresses. This is to ensure that IoT devices are more secure. At the same time, there is encryption of data at the IP layer which makes online shopping more secure. This is in addition to a smooth gaming experience without delay.