Motorola has recently broken the delay on its first foldable smartphone, the Motorola Razr. And now, it’s time to start talking about its likely successor.

In fact, Motorola has filed a new patent at the US USPTO and WIPO for a particular foldable device. As you can see from the drafts relating to the patent that we added bellow. The smartphone would integrate a foldable display and will have sensitive sides to the user’s touch. According to what is described by the patent, the lateral touch band would consist of several sensors capable of associating 20 different functions. In correspondence with the recognition of 20 different gestures. 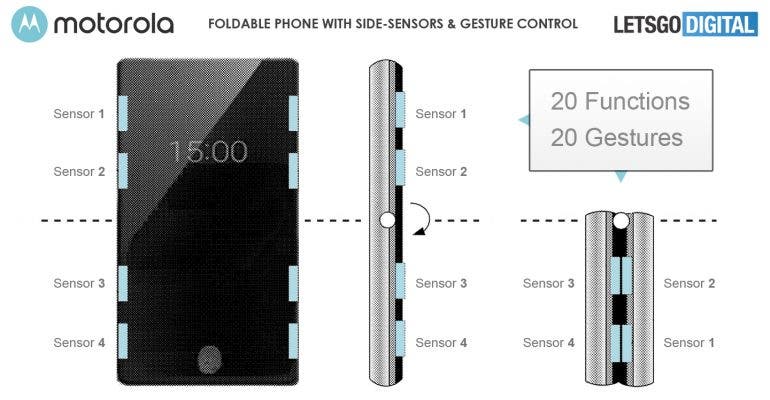 The recognition of gestures would be available even when the device is closed. As you can see from the images attached to the patent. Motorola would also like to integrate a fingerprint sensor into the display. 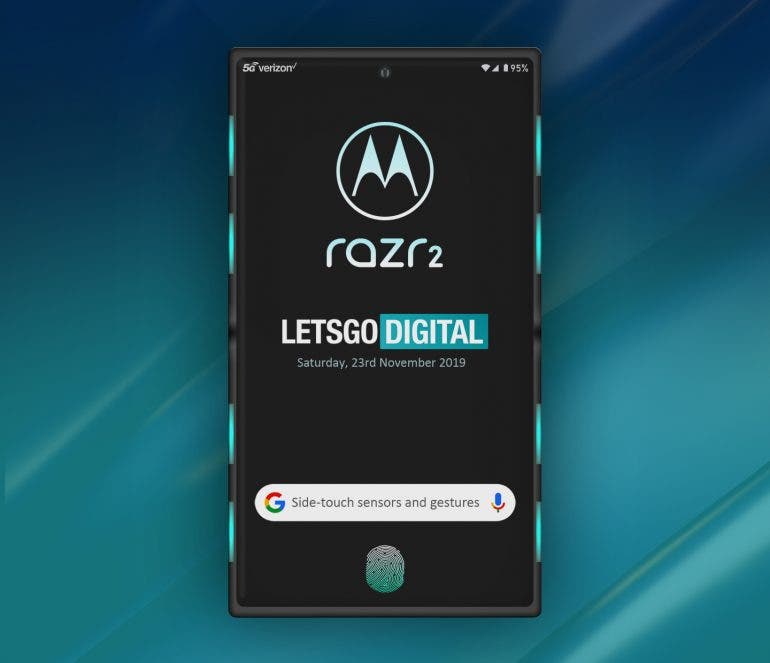 Clearly, the fact that Motorola has received the publication of the patent that it has filed does not imply that it will automatically use it to make the Razr 2. This is only a hypothesis by LetsGoDigital. Currently, there is no evidence showing Motorola’s interest in making a new foldable device. For more information on the Motorola patent just described, we suggest you consult the complete document, available at this address.

It has a fingerprint sensor and supports Splash-proof with water-resistant nanocoating. It also has a Bottom-ported speaker, 4 mics and a 2510mAh battery with 15W TurboPower fast charging.