The new Google Pixel 4 has experienced a series of problems since they went on sale last October. Some users have reported problems with performance or with the battery, but now a problem that affects the screen, specifically the oleophobic screen coating of the Pixel 4 and Pixel 4XL panel, begins to be seen.

As reported by the colleagues at Android Central, this protector is beginning to deteriorate in some Pixel 4 devices, including the unit they have in their possession. The problem has begun to appear within a few weeks and after moderate use. It could be isolated problems, but remember that the Pixel 2 was famous in its day for presenting a very similar deterioration, which was replicated in some Pixel 3 and Pixel 3 XL devices.

The oleophobic coating is a layer that manufacturers add to most touchscreen devices that helps it repel oils. Technically the coating is usually lipophobic and hydrophobic. It’s the property that helps you use your phone all day. Touching it with your naturally oily fingers. Without the screen looking and feeling like you’ve been resting a piece of pizza on it. It’s standard practice to not put this sort of coating on the glass back of phones to help you get some grip on the pane, but just about every phone nowadays as a coating on the screen. 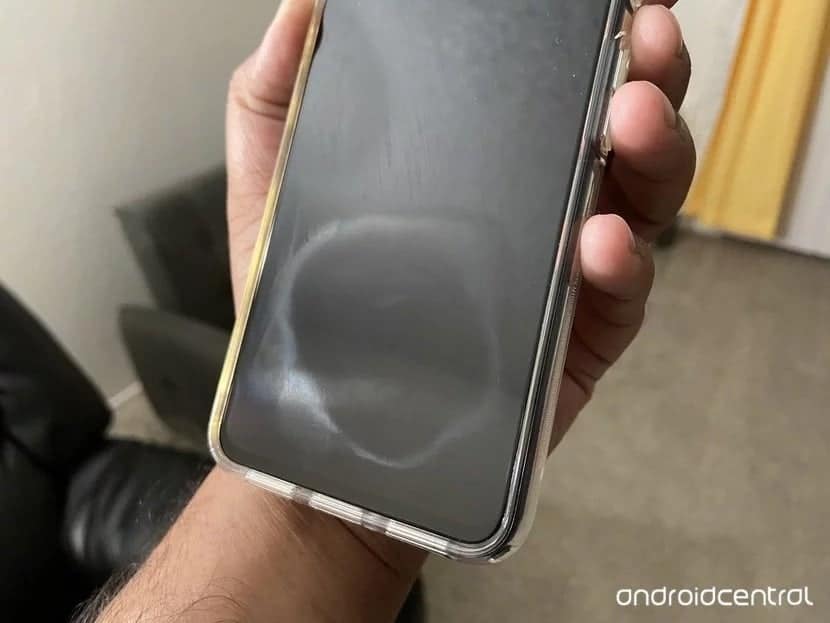 As you see in the photo above, the Pixel 4 has begun to lose this protection. Which apparently does not have sufficient quality, as was the case with previous models. According to the source, after five weeks of use, this problem has appeared.

The solution can be to place a screen protector, either high quality tempered glass or a cheaper plastic. In both cases, they usually include oleophobic treatment to prevent the screen from constantly looking dirty. Now, we will see if this Pixel 4 problem is spreading in a massive way. Or if it is a problem-focused on some specific units.