After launching AirPods Pro and iPhone 11 lineup, Apple is now working on its next-gen products specifically iPhone 12 and iPhone SE 2. Furthermore, it seems like the smartphone maker is also focussing on its next iteration of truly wireless earbuds. The smartphone maker has recently patented a new technology dubbed Air Pressure Sensor which we might see in the future AirPods Pro and/or PowerBeats Pro. Apart from this, the U.S Patent and Trademark Office has officially published 60 more patents for Apple Inc. today. 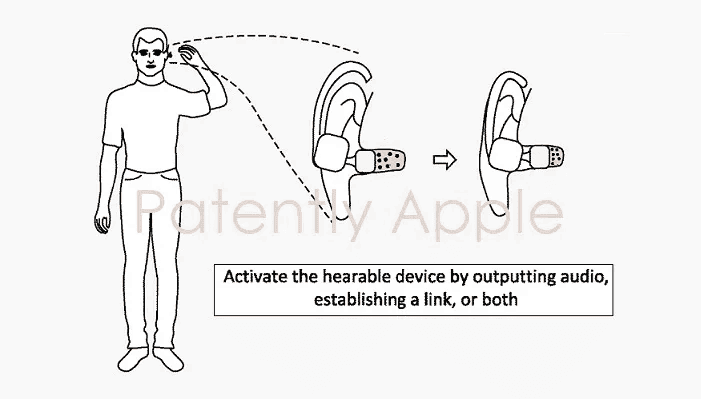 As mentioned earlier, the new surfaced patent talks about the so-called Air Pressure technology which the company seems to be working on for its next lineup. In fact, the term alone has been mentioned a whopping 82 times in the entire patent report. One of the aspects of this technology is the activation of the product using air pressure. With the help of air pressure inside the ear, the earbuds will automatically connect with the paired device. Apple has integrated an air pressure sensor along with a speaker of the earphone. When the earbuds enter into the ear canals, the sensor detects the change in the air pressure with respect to ambient atmospheric pressure.

For those who’re wondering, the change in pressure occurs by the top of the earphones when inserted into the ear. The moment you will put the earbuds into your ear, the volume of air inside the ear will compress which will eventually be detected by air pressor sensors. The sensor detects changes in air pressure signals such as pulses implying that the user is, indeed, entering the buds into his ear. Well, using such technology will definitely minimize the false alarm which happens most of the time with the proximity sensor.

If you look at the patent design carefully, you will notice earbuds with earloop or ear clips. This might be pointing towards the Powerbeats. With that said, we might see this tech getting used in the future AirPods Pro or PowerBeats Pro. Although the patent does not guarantee whether the brand will end up using this tech in the future after all. Well, whatever the case will be, we will have to wait for more solid information.

Next New problems for the Pixel 4, it has the same screen coating problem as other Pixels