Following the rollout of the stable build of Android 10 update for the Galaxy S10, Samsung is now releasing a new beta for the Galaxy Note 10 series. The Note 10 beta program started a bit later than the S10’s program. For that reason, it’s natural to see that developers are still fixing some remaining bugs before rolling out the stable release. This new update brings December 2019 security patch along with several bugfixes.

The new firmware update sports version number N97*FXXU1ZSKN and fixes issues related to the world clock in the always-on display. Moreover, it comes to address stability problems with Bluetooth connectivity. It also fixes the error with the SD card in the file manager. Last, but not least it brings a fix for the Keyboard overlapping Gestures. You can check the screenshots below for the complete changelog. 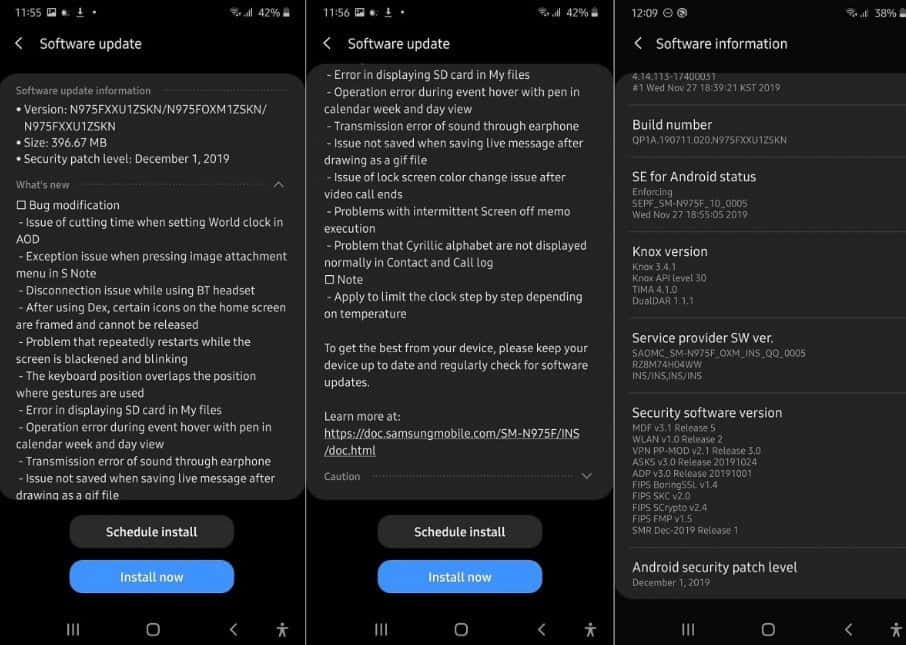 The update is currently rolling out in India, but it’s just a matter of time until it reaches more regions. According to the source, the fact that Samsung is still fixing some major bugs it’s a sign that the update for the Galaxy Note 10 may arrive later than expected. Unlike the Galaxy S10 lineup, the Note 10 owners may have to expect until early 2020.