Chinese phone maker Huawei just announced the arrival of a very neat feature on their P30 and Mate series. We’re talking about a mechanical keyboard emulator which up until now was an exclusive of the Huawei Mate 30 Pro.

The new keyboard is able to create this effect thanks to the low-vibration linear motor equipped on the Mate 30 Pro. Compared to ordinary rotor motors, linear motors have quicker start&stop times as well as faster response times. That coupled with EMUI 10’s software tuning brought a “mechanical-like” typing experience on a smartphone.

If you live in China and you cannot find the option to enable the mechanical keyboard, you can add it manually. All you have to do is open the Huawei app market, search for “Baidu input method Huawei”; download the latest version and install it. 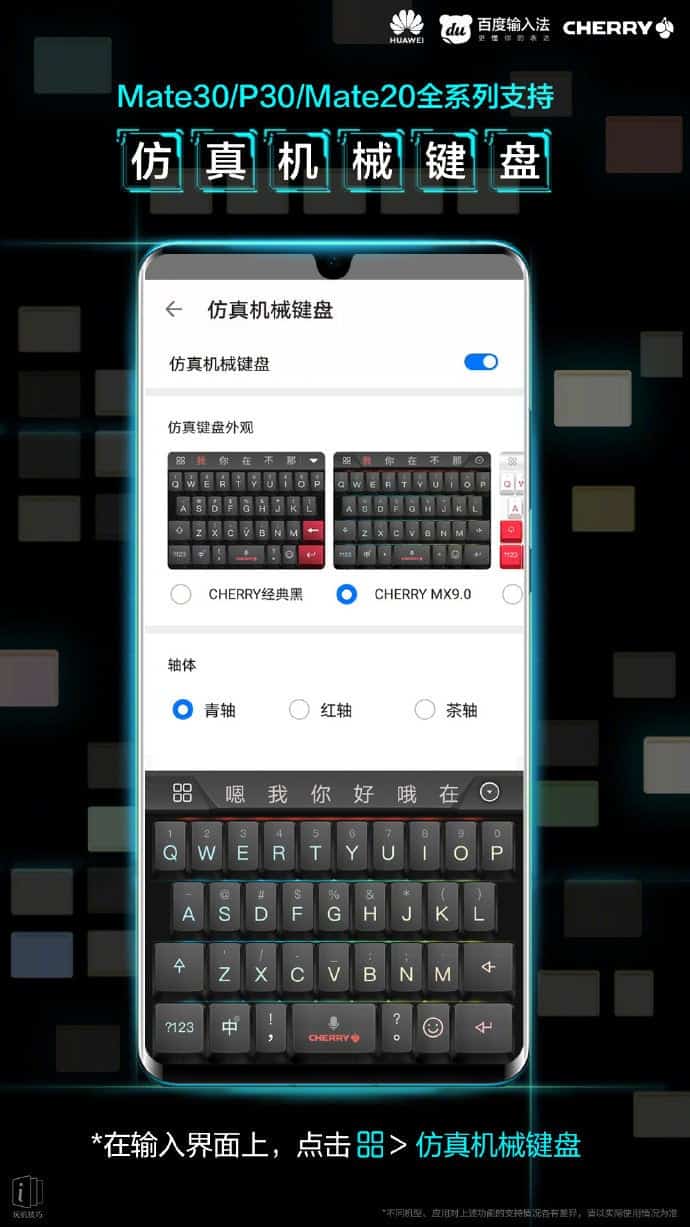 Has any of guys had a chance of trying the feature? Let us know down below!