Today, Lin Bin, Xiaomi’s co-founder announced that all Xiaomi 5G phones from Redmi K30 will support both SA and NSA networking. He said, “Starting from Redmi K30, our 5G mobile phones all support 5G networks of NSA / SA”. Previously, Lu Weibing, general manager of the Redmi brand announced that the Redmi K30 series will be released on December 10. This is Redmi’s first 5G mobile phone and also the first dual-mode 5G mobile phone from Xiaomi. If you don’t understand much regarding SA/NSA 5G networks, you may want to click HERE

From what we know, the K30 series comes with a dual punch-hole camera design. This means that it will come with two front cameras. This smartphone is also the first punch-hole device from Xiaomi. According to Lu Weibing, Redmi’s punch-hole solution is mature and that’s why the company is using it.

The Redmi K30 display comes with a couple of undisclosed new technologies. However, we do not know if the screen refresh rate will increase. Previously, XDA found that Xiaomi added a 120Hz refresh rate option in the MIUI Beta version. This suggests that Xiaomi’s 120Hz flagship is already on the way. Nevertheless, we are yet to confirm if the Redmi K30 series will use it. 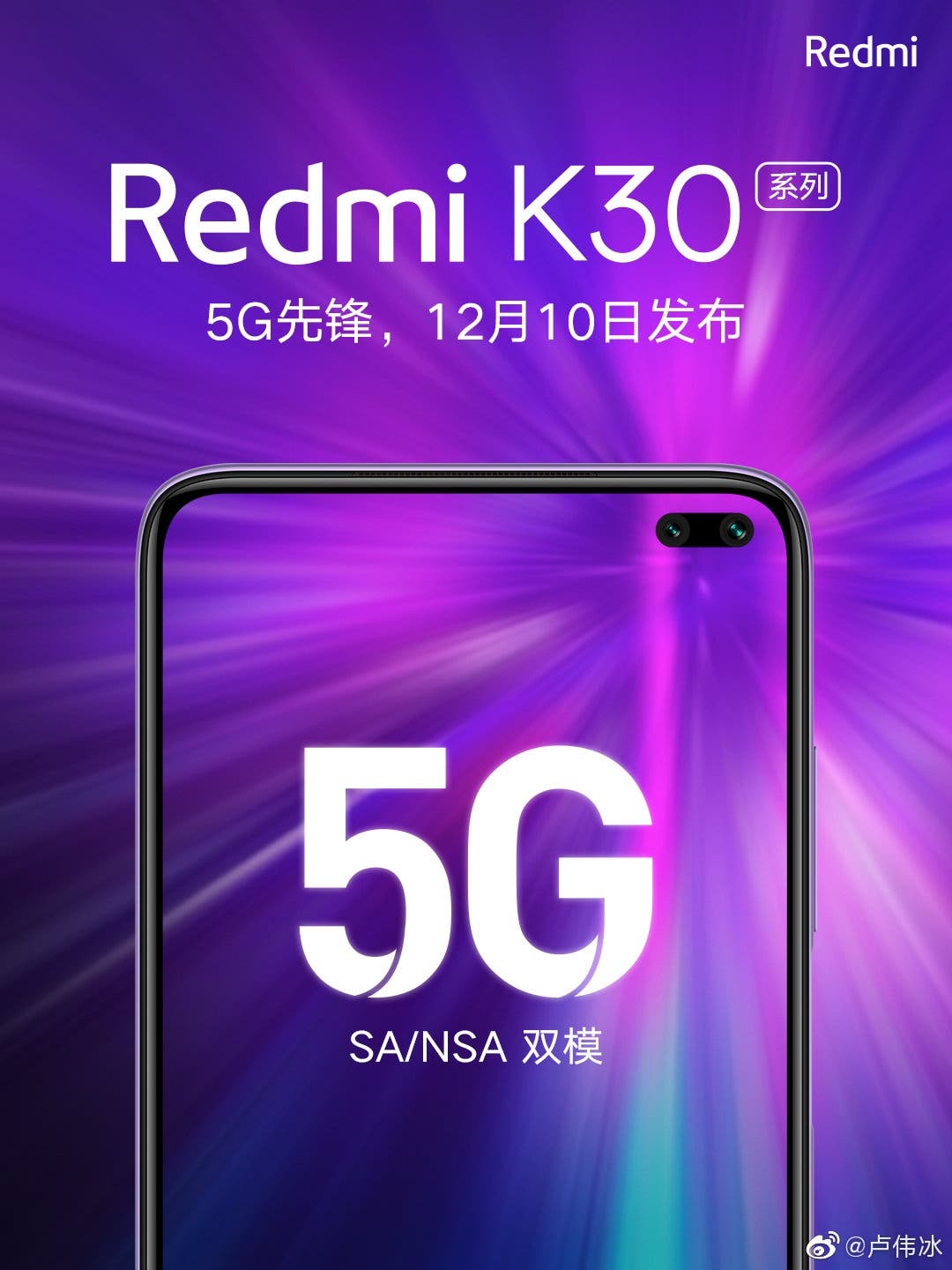 Finally, everyone wants to know about the chip. As of now, there is no information on the exact SoC to be on this smartphone. Nevertheless, there are reports that this device will use a dual-mode chip. It will probably use the Qualcomm Snapdragon 5G SoC or MediaTek 5G SoC both of which integrate 5G baseband chips.