The Redmi K30 series is expected to be launched next week as per the official launch date announced by the company a few days back. As hinted by Lu Weibing, General Manager of Redmi, the company has also started teasing the phone. Earlier today, the brand unveiled ‘Kino’, the cute dinosaur mascot for Redmi K30 series and now a leaked poster showing the rear design of the phone has appeared. Note that Xiaomi has also teased a new brand Ambassador for the Redmi brand and he (leaked in the poster) will be officially declared tomorrow. 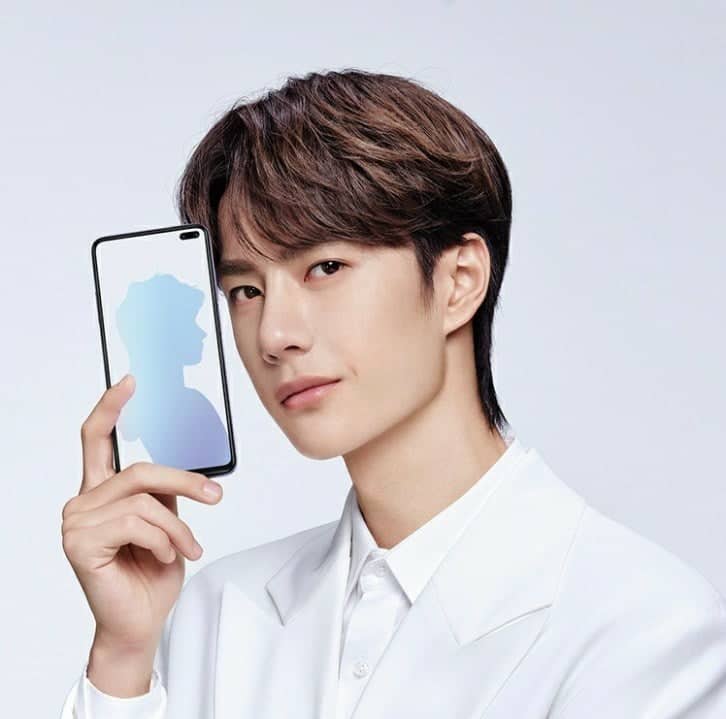 Redmi K20 series became an instant success when it was launched in the first half of 2019. The Redmi K20 Pro is currently the top-selling phone above $300 in India according to Canalys. And hence, the hype is more for the Redmi which also happens to be the first 5G phone from the brand. But the rear design of the Redmi K30 is a disappointment according to the official teaser when compared to its predecessor. It does feature a unique design blending inspirations from other brands, however, it fares dull in front of Redmi K20 series. 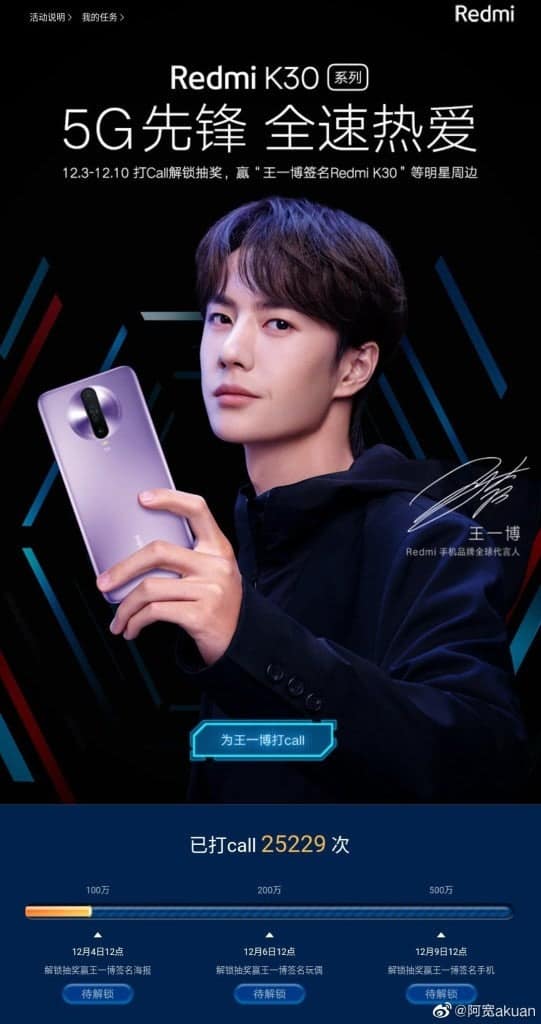 At first glance, the upcoming Redmi K30 resembles the mighty Huawei Mate 30 Pro, especially the colour but with an ugly camera layout. It could have been a better-looking device without that circular thing going around the camera array. Anyways, the phone will feature four cameras at the back and two cameras at the front. Also, it will have a subtle 5G text inscribed below the LED flash followed by the Redmi branding at the bottom.

We are ceratin that Redmi will post more teasers confirming all the features of the phone leading to the day of the launch scheduled for December 10. Redmi will also launch IoT products such as routers and smart speakers, which will also be interesting to see.