On December 3, Huami held an annual strategic media communication meeting in Beijing. Huang Wang, founder, chairman and CEO of Huami Technology issued an important statement. He said that the overall design of the Huami self-developed chip Huangshan 2 has been completed. Also, he revealed that it will be mass-produced in 2020. The chip will support more smart and health functions. Thus, it will be applied to more smartwatches.

Huang Wang shared the achievements of Huami in 2019. As of August 27, 2019, Huami’s global smart device shipments exceeded 100 million units. The ‘Huangshan 1’ has also been mass-produced and applied to a number of Amazfit brand watches and bracelets this year. Among them, we can even find the much-popular Amazfit smartwatch 2 ECG version. 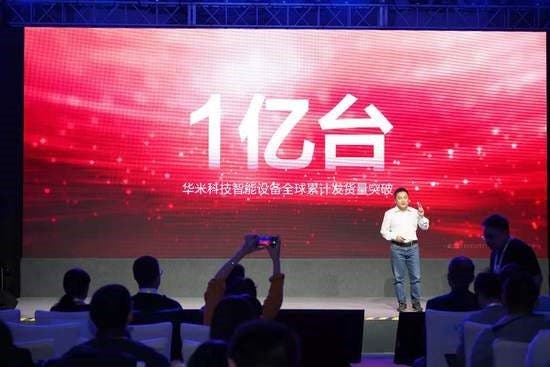 In addition, Huami Technology also announced a cooperation with AliveCor. With this American company, they will jointly expand the medical-grade ECG service market in developed countries in Europe and the United States. At the same time, Huami Global Innovation Center also signed a strategic cooperation with the Department of Cardiology, Peking University First Hospital. This memorandum was launched to jointly promote a heart health management plan in China.

Previously, Huami had already cooperated with the latter. They conducted clinical studies on 401 patients with 12-lead ECG as the gold standard. Studies show that the accuracy of judging AF by ECG and PPG functions of Amazfit smart wearable devices is 94.76% and 93.27%, respectively. The sensitivity, specificity, and accuracy of monitoring are basically consistent with the manual interpretation of professional physicians.

Finally, in terms of Huami’s terminal form exploration, Huang Wang said that in the future, Huami’s smart wearable products will not be limited to watches and bracelets.

Next Nokia 7.2 Mid-Ranger Reviewed by DxOMark, Gets 78 Points