There has been news that Apple will release the new iPhone SE2 in the first quarter of 2020. Sources in the supply chain said that Apple internally predicts that the iPhone SE2 will use the Apple A13 chip. In addition, there are also internal predictions that the total sales volume will hit 30 million units next year. According to speculations, this smartphone will come with a $399 price tag. From internal sources, Apple has issued a notice to the supply chain that it will start stocking the new device in December. 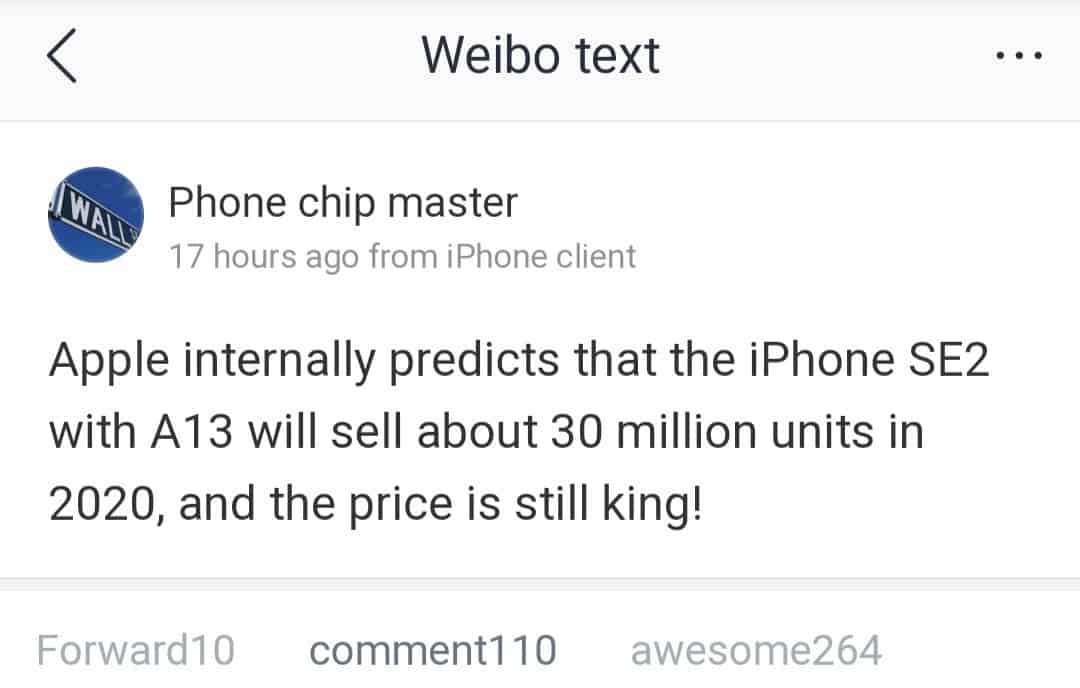 It is worth noting popular Apple analyst Guo Minghao previously released a report that Apple will release the iPhone SE2 in Q1 next year. At the same time, the iPhone SE2’s design and most of the hardware specifications are very similar to the iPhone 8. The main specifications include the A13 chip, 3GB LPDDR4X, NAND Flash with 64 and 128GB options, the colour options are deep gray, white, and red, and it expunges the pressure sensing module (3D Touch). Furthermore, Guo Minghao also predicts that the price of Apple iPhone SE2 will be from $399. 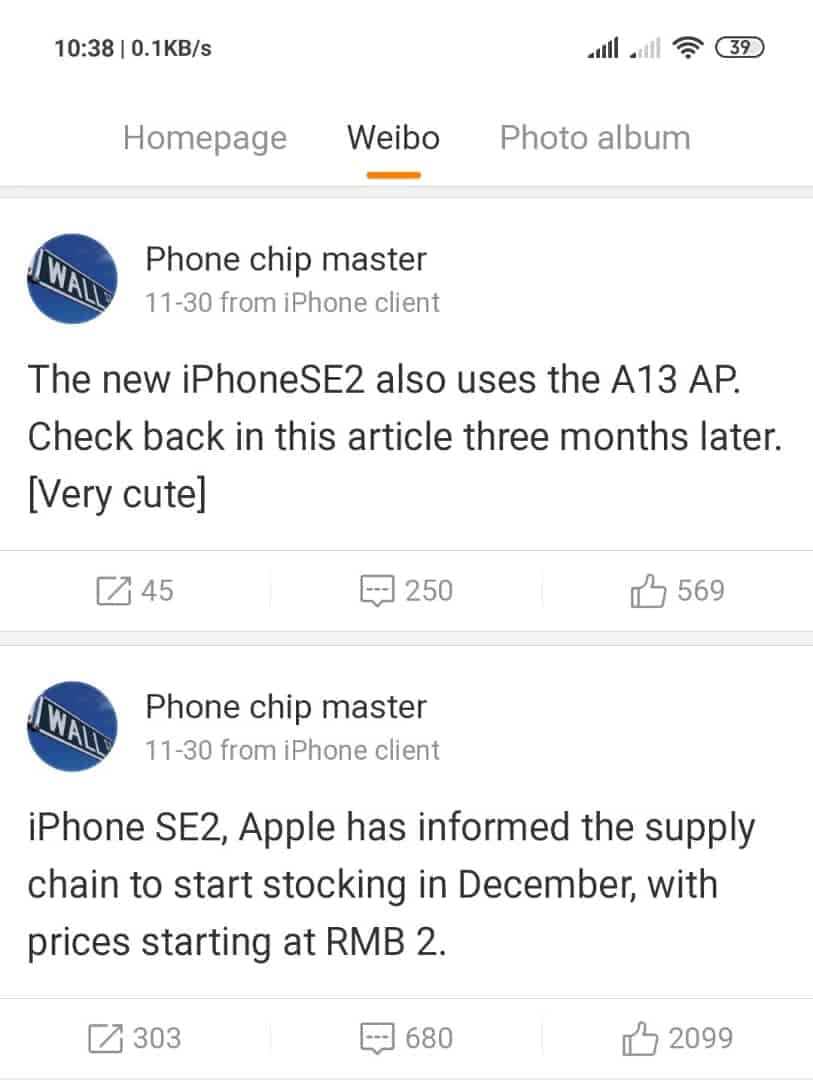 The Apple iPhone 11 series is doing quite well in the market – many thanks to the $699 starting price of the iPhone 11. Apple has a huge fan base. However, when its devices come with huge price tags, many of these “loyal” fans will settle for Android. Nevertheless, it appears that Apple is now ready for the “price game”. Although its prices will not be as low as Android many devices, Apple fans will appreciate a price cut.

Next Redmi K30 confirmed to use Qualcomm's latest 5G processor