The Redmi K30 series flagship new product launch conference will hold on December 10. Previously, the company said that this conference will also launch IoT devices such as the Redmi router AC2100 and Redmi smart speaker. However, there is now a new addition to the products to arrive at the conference. Xiaomi has officially confirmed that the RedmiBook full-screen notebook will also arrive on December 10.

In May this year, Redmi officially released the Redmibook 14 notebook with a 3999 yuan ($568) starting price. As of now, there is no information regarding this notebook. However, as the name suggests, this notebook will use a full-screen design with narrow bezels. Considering that the RedmiBook 14 frame itself is not very wide, it is worth looking forward to how the RedmiBook full-screen notebook further narrows the bezels. 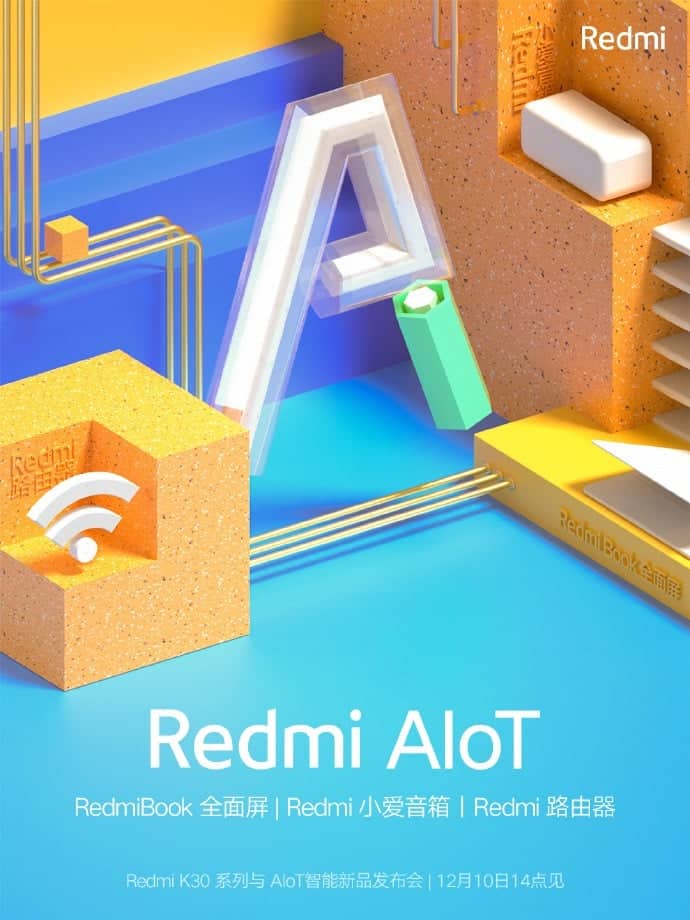 In fact, in March of this year, Lu Weibing announced Redmi’s strategy and goals, including expanding categories, deploying AIoT, and building a Redmi ecosystem. According to reports, Redmi K30 is Redmi’s first 5G mobile phone and supports SA / NSA dual-mode 5G. It adopts a 120Hz dual punch-hole camera design. The display has a resolution of 2400 × 1080 and a screen aspect ratio is 20:9. It will come with a Qualcomm Snapdragon 5G SOC and supports 30W fast charging. In addition, Lu Weibing confirmed that the Redmi K30 series will launch a high-pixel Sensor, which may be Sony IMX686. The specific details will be announced at the conference.