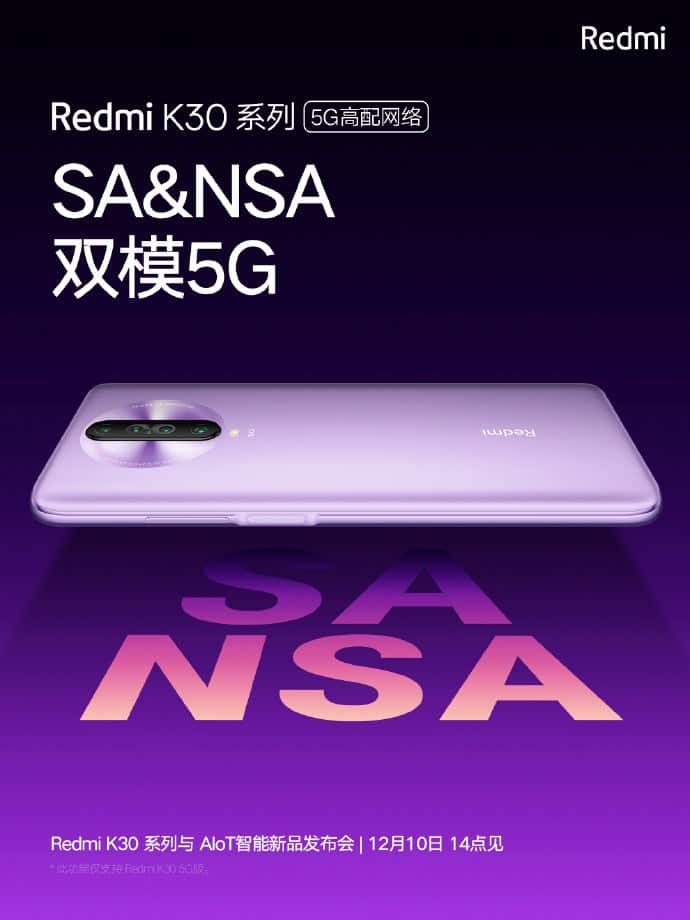 From the poster, the Redmi K30 overall design is similar to the Redmi Note 8 Pro with some tweaks anyway. The quad-rear camera is positioned in the middle with a circular decorative ring. Furthermore, the Redmi K30 series will not be alone in the December 10 conference. The company will also release the RedmiBook full-screen notebook, Redmi smart speaker as well as the Redmi router AC21000. 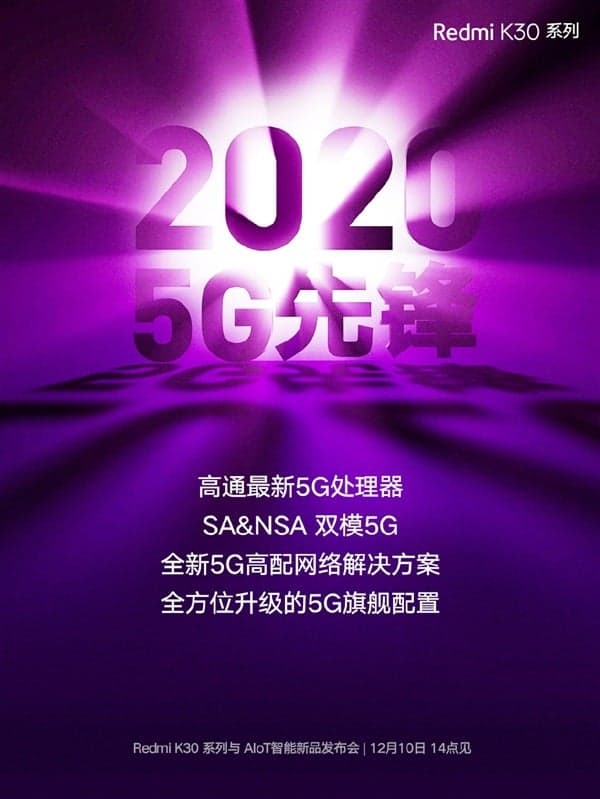 In March this year, Lu Weibing announced Redmi’s strategy and goals, including expanding categories, deploying AIoT, and building a Redmi ecosystem. According to reports, this smartphone is Redmi’s first 5G mobile phone and supports SA / NSA dual-mode 5G. It also adopts a 120Hz dual punch-hole camera design. The display has a resolution of 2400 × 1080 and a screen aspect ratio is 20:9. It will come with a Qualcomm Snapdragon 5G SOC and supports 30W fast charging. In addition, Lu Weibing confirmed that the Redmi K30 series will launch a high-pixel Sensor, which may be Sony IMX686. The specific details will be announced at the conference.