The Redmi K30 series flagship new product launch conference will hold on December 10. Previously, the company said that this conference will also launch IoT devices such as the Redmi router AC2100 and Redmi smart speaker. Earlier today, Xiaomi has officially confirmed that the RedmiBook full-screen notebook will also arrive on December 10. According to recent posters, the Redmi K30 will certainly use one of the latest Snapdragon 5G chips. There are speculations that it will be an SD700 series chip. Now, Redmi has revealed that the Redmi K30 series uses 12 antenna designs. This is 2.4 times that of 4G mobile phones 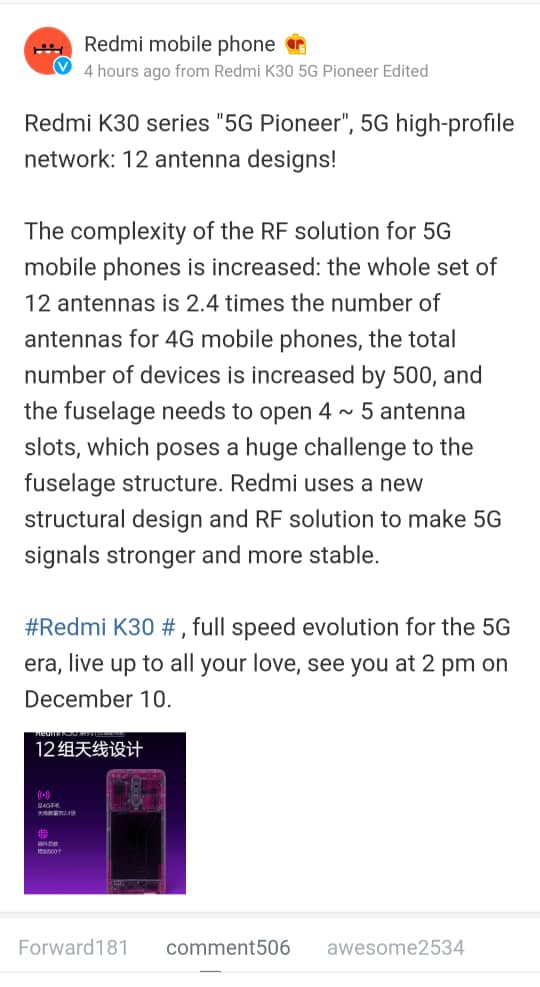 According to the official, “The complexity of the RF solution for 5G mobile phones has increased: the whole set of 12 antennas is 2.4 times the number of 4G mobile phone antennas. The total number of devices has increased by 500, and the fuselage needs to have 4 ~ 5 additional antenna slots. The challenges are huge. Redmi uses a new structural design and RF solution to make 5G signals stronger and more stable.” 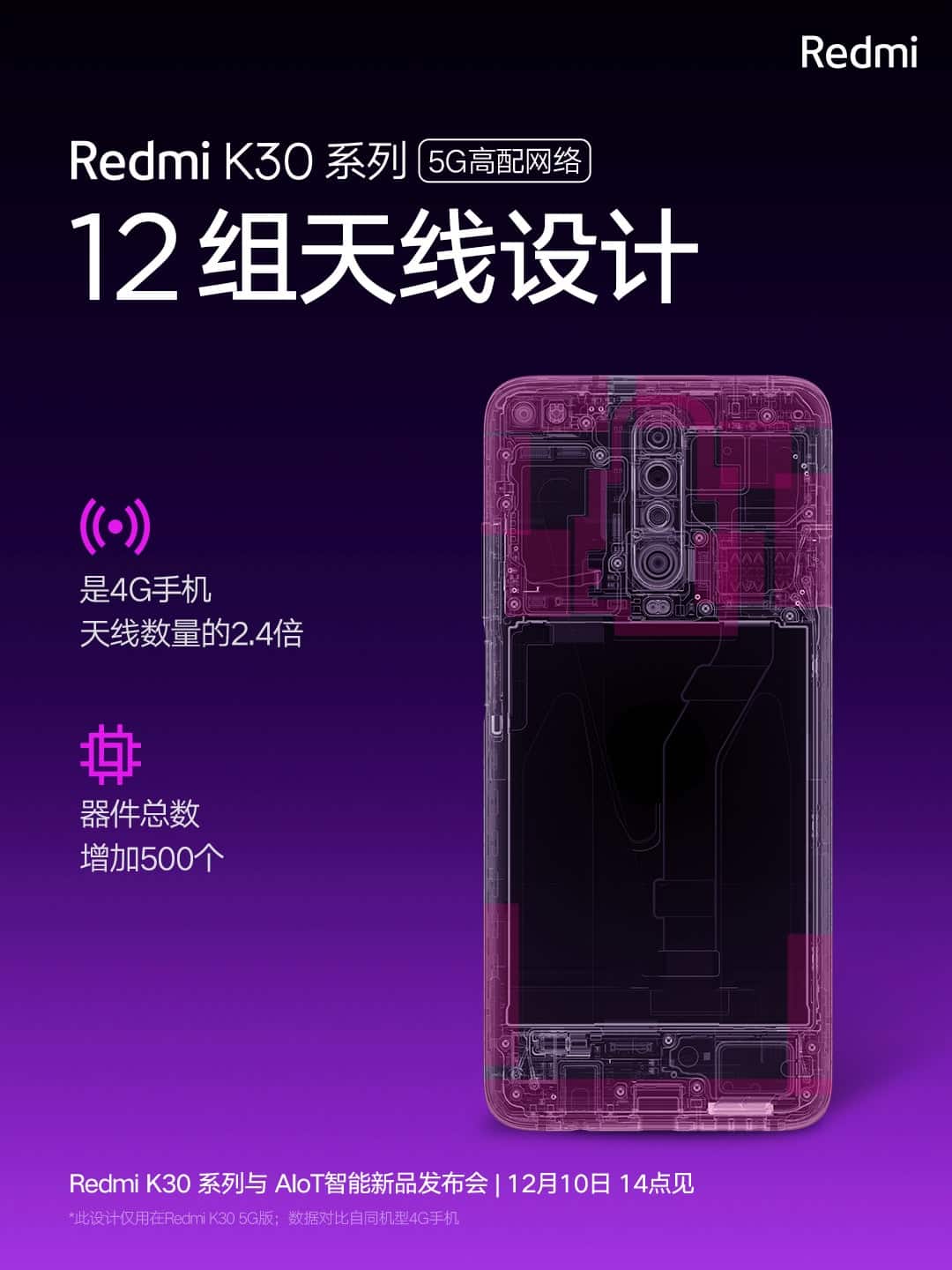 The Redmi K30 overall design is similar to the Redmi Note 8 Pro with some tweaks anyway. The quad-rear camera is positioned in the middle with a circular decorative ring. In March this year, Lu Weibing announced Redmi’s strategy and goals, including expanding categories, deploying AIoT, and building a Redmi ecosystem. According to reports, this smartphone is Redmi’s first 5G mobile phone and supports SA / NSA dual-mode 5G. It also adopts a 120Hz dual punch-hole camera design. The display has a resolution of 2400 × 1080 and a screen aspect ratio is 20:9. It will come with a Qualcomm Snapdragon 5G SOC and supports 30W fast charging. In addition, Lu Weibing confirmed that the Redmi K30 series will launch a high-pixel Sensor, which may be Sony IMX686. The specific details will be announced at the conference.