WhatsApp beta for Android has received a new update. And while not including particular new features, there is clues to new features being developed.

The version 2.19.353 includes new details on the dark theme that the development team has been working on for several months now. As you can see in the photo below, the WhatsApp dark theme will be activated manually by the user but also in automatic mode, consistent with the state of activation of the energy-saving mode. Essentially this is the same way to activate the dark Android system theme. 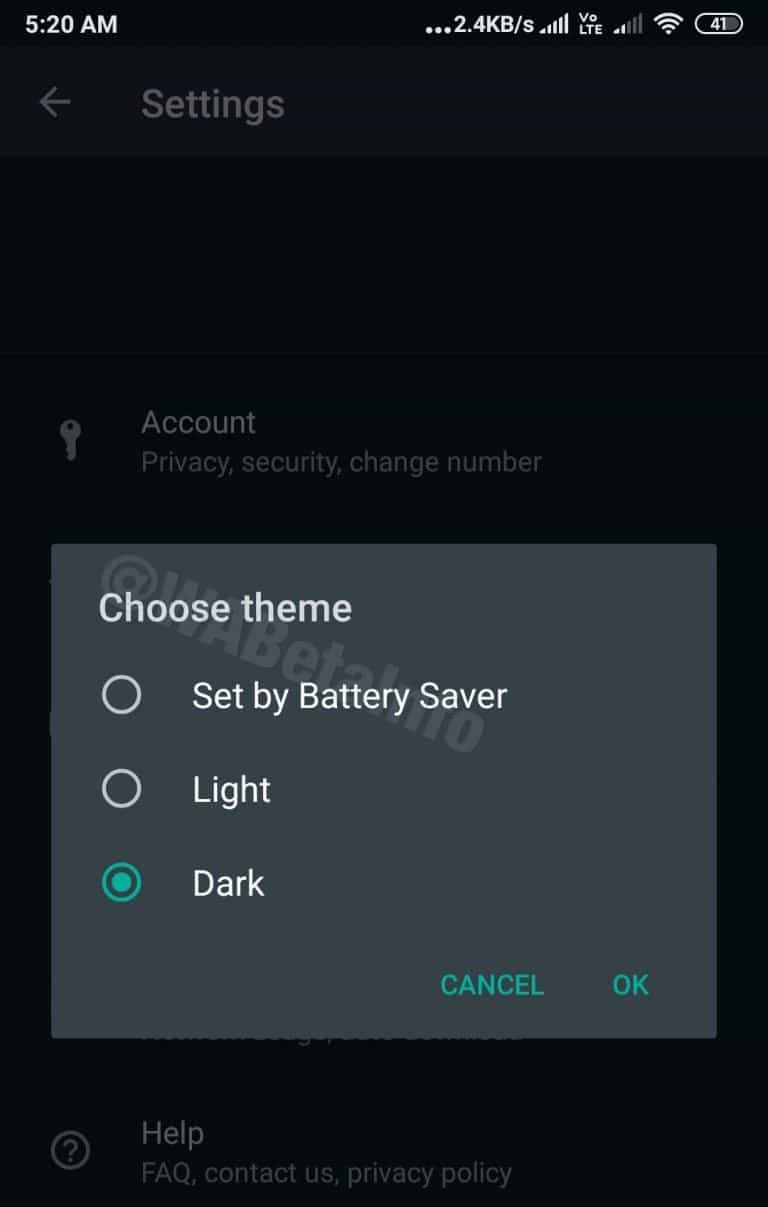 The novelty is still not implemented at the public level, it is in the development phase and we do not know when it will come out. To preview the new WhatsApp features, including the dark theme, we renew the advice to join the beta testing program.

WhatsApp users have some problems

It is worth to mention that, in recent times, there were widespread reports that WhatsApp is permanently banning all users that belong to groups with suspicious names. Also, WhatsApp users are complaining that the latest version of the popular messaging app is draining their batteries. Some have taken to Google Play Store to vent their frustrations.

If you are experiencing a rapid battery drain, WhatsApp could be the problem. Well, this only affects users who have the latest version of the messaging app. One Reddit user said: “A week ago, I noticed that the battery on my OnePlus 6 started draining faster than usual. This coincided with an update of WhatsApp which I installed on my phone…My phone strangely shows that WhatsApp used battery ‘While in active use’ for 1.5 hours. Which is not true since I only opened the app for a minute.”

A user of a OnePlus smartphone had this to say on Google Play Store review: “Battery Leech! Ever since the last update, WhatsApp’s background activity consumes the battery like it’s free cupcakes. 25% in 2 hours according to the battery usage overview…And that’s even though I restricted background activity when I found out. That’s ridiculous. Please fix your app”.

Previous Android malware: hackers can steal your bank account with this vulnerability