Back in August, the Chinese phone maker Realme released Realme 5 and 5 Pro. Back in the last month, the company announced a new version under the 5s moniker which could be considered an upgrade over the vanilla version. Now, it seems that Realme is about to unveil the fourth variant of the 5 family – dubbed Realme 5i.

The launch of this new handset is imminent considering that fact it has bagged multiple certifications. It got Wi-Fi Alliance and Indonesia’s TKDN approval. Furthermore, it also passed through Thailand’s NBTC and India’s BIS. Unfortunately, the certification documents didn’t reveal much about the handset apart from the RMX2030 model number. 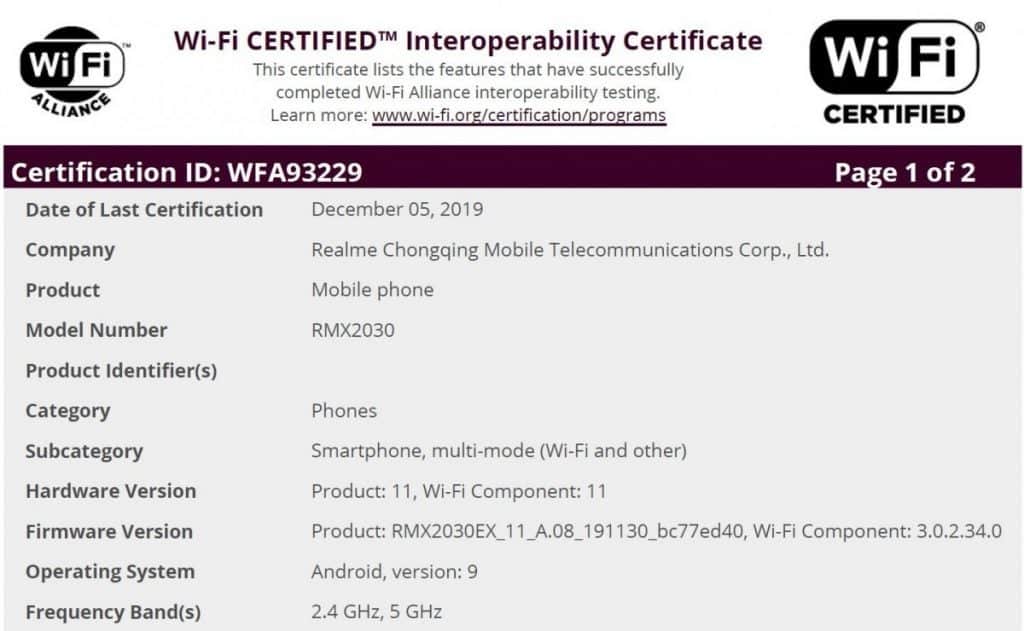 We can say that the Realme 5i is ready for a release, but it shouldn’t happen until later this month. India is set to release Realme XT 730G and truly wireless earphones. We wouldn’t be surprised to see the Realme 5i as the third release. Despite the fact that Realme has started its global campaign and quickly become the fastest-growing smartphone brand in the world, India still is a key market for the company. 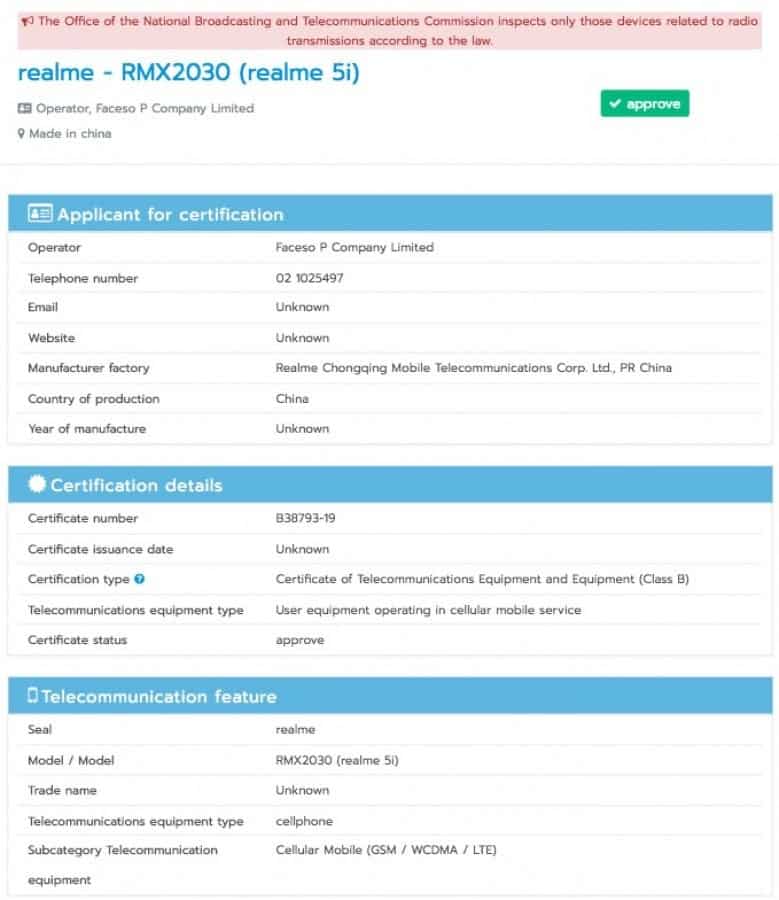 The Realme 5i should be just another incremental upgrade over the standard Realme 5. Sadly, the certifications reveal that it still runs Android 9 Pie. So it will be another smartphone to join ColorOS 7 roadmap.