Back in November, Samsung showed its first signs of love to Star Wars by releasing a Star Wars-themed Note 10+ bundle. Now, this Galaxy Note 10+ Star Wars edition is available for pre-order through Samsung and select retailers. The new thematic handset could be considered a “Kylo Ren” edition. After all, it does a clear tribute to the villain of the new trilogy.

Samsung’s new variant is coming in perfect time for the fans of Star Wars who are waiting for the Episode IX: The Rise of Skywalker. The movie will debut on December 18 and the shipments for this new galactic variant will start on December 13. 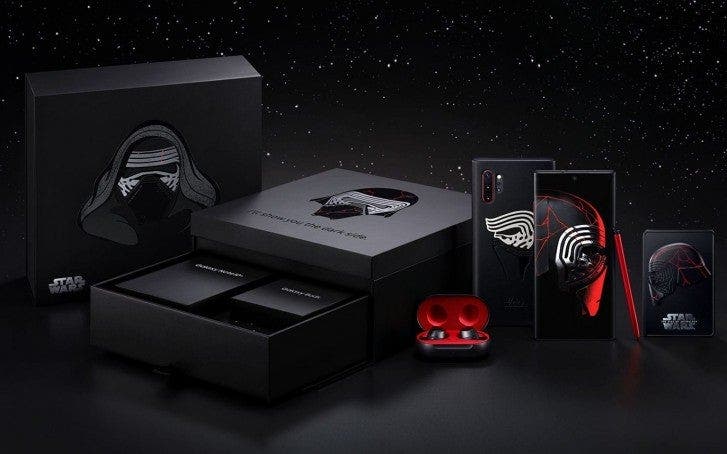 The new bundle includes a Note 10+ with 12GB of RAM and 256GB of Internal Storage. The handset comes with a Kylo Ren paint job and a Red S-Pen. Moreover, the bundle includes a limited edition case, black, and red Galaxy buds and a Collectible metal badge. As you might expect, there is an exclusive Kylo-Ren themed box to fit all the contents of this special edition.