The K series from OUKITEL is well known for the massive battery capacities of their phones and the latest OUKITEL K13 Pro just proves the point. Equipped with massive 11.000 mAh battery it’s really an endurance king and the rest of the specs is worth the attention too. And now you have a chance to get it in a special end-of-the-year promo offer for just $169.99 from the Banggood e-shop. So let’s quickly run through the specs of the phone.

The OUKITEL K13 Pro doesn’t share design with previous generations, it is unique and has it own design.For display it has  6.41 inch HD+ O-notch Display, the protective Asahi glass screen is prismatic cut and 2.5D curved. Thanks to the O-notch design, the bezels on the 3 sides are ultra-narrow and the screen-to-body ratio reaches 90.3%. 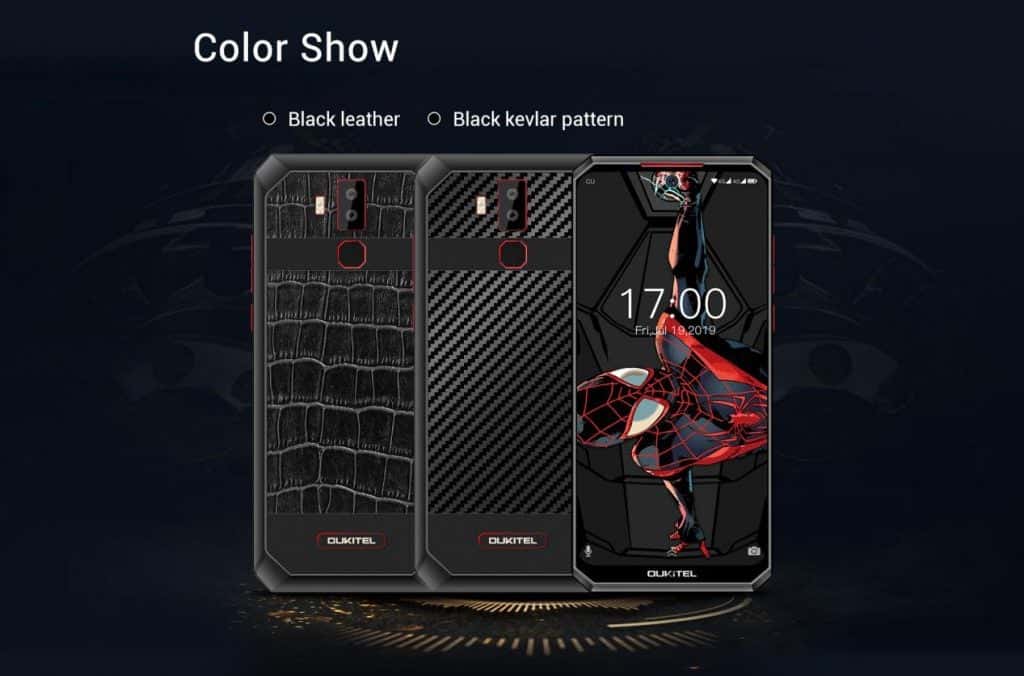 Above the display OUKITEL specially designed the cover of receiver to be red which was crafted through CNC cut and twice oxygenation. The same red oxygenated decoration was also used  around the side of the volume and power buttons, rear cameras, flash light, fingerprint and OUKITEL logo. This makes the K13 Pro more elegant and eye-catching in design. The back cover of K13 Pro is also special as it has two versions: Genuine leather and Kevlar pattern, each version has its own charm. 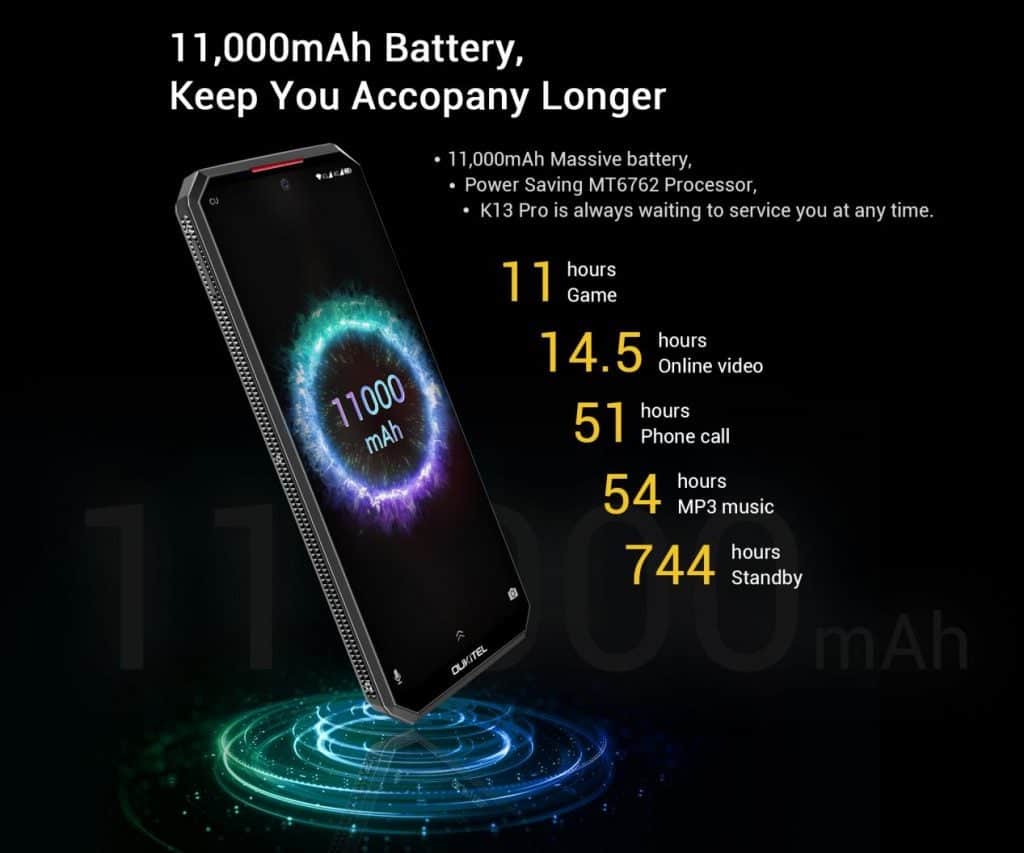 The highlight of the phone is the 11.000mAh battery with long standby time. When you use OUKITEL K13 Pro, you don’t need worry about power off, because its 744 hours standby,54 hours music time,51 hours phone call, 14.5 hours online video and 11 hours game time gives you enough juice on a single charge. And with 5V/6A flash charge you can refill even such monstrous battery in mere 2 hours and 20 minutes. 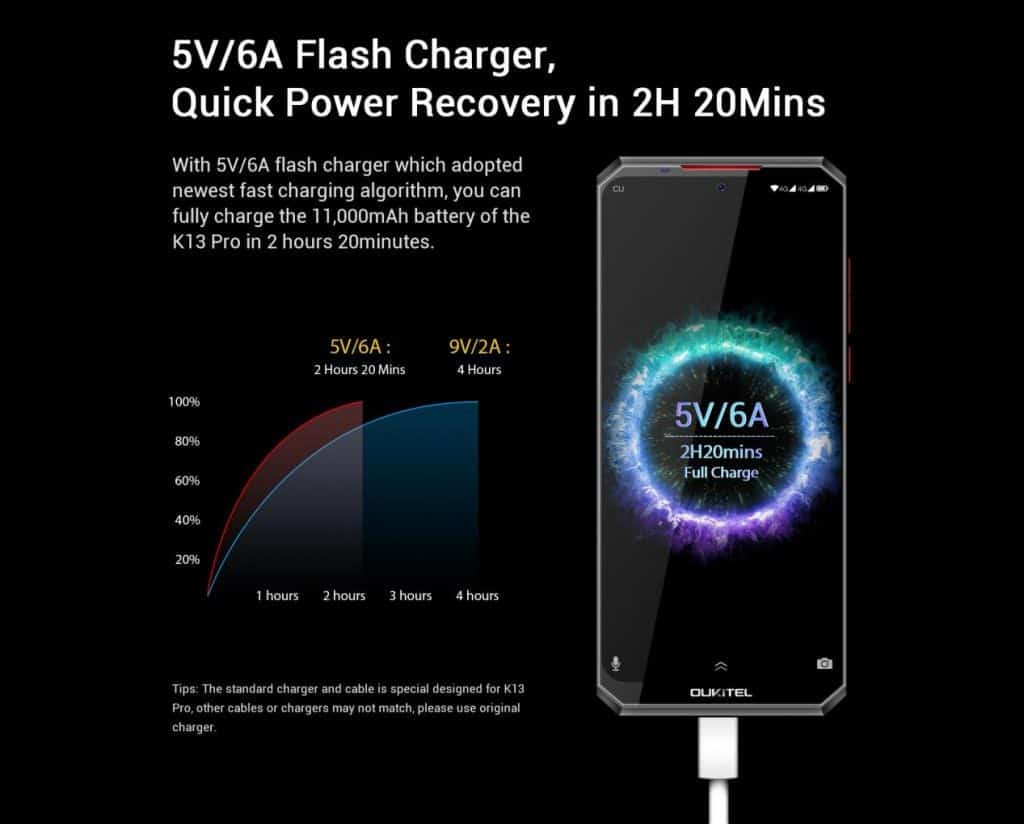 OUKITEL K13 Pro also carries MT6762 Octa-core processor clocked at 2.0GHz paired with 4 GB RAM and 64 GB of internal storage, supporting up to 128 GB expansion. For the photography purposes K13 Pro packs a 16MP+2MP dual-lens camera on the back and an 8MP front facing camera. It supports both fingerprint and face ID unlock. What’s more, K13 Pro can be used for mobile payment due to NFC sensor support.

And from December 11th to December 18th you can get this battery monster for just $169.99 through the Banggood e-shop. So make sure to check out the offer before it jumps back to the retail level of $259.99. You can find more information about the phone also on the official website.