Back in September, Apple started the rollout of iOS 13 with a ton of new features and a System-Wide Dark Mode. However, iOS 13 update wasn’t significant for everyone, well, at least not for those who still have an iPhone 5s laying around. 2013’s smartphone reached the end of the line this year along with its successor the iPhone 6. That said, owners of these two devices will have to switch to current models if they want to keep enjoying newer iOS versions. Despite this fact, the Cupertino-based firm is still providing a security update in the form of iOS 12.4.4 for the two handsets. 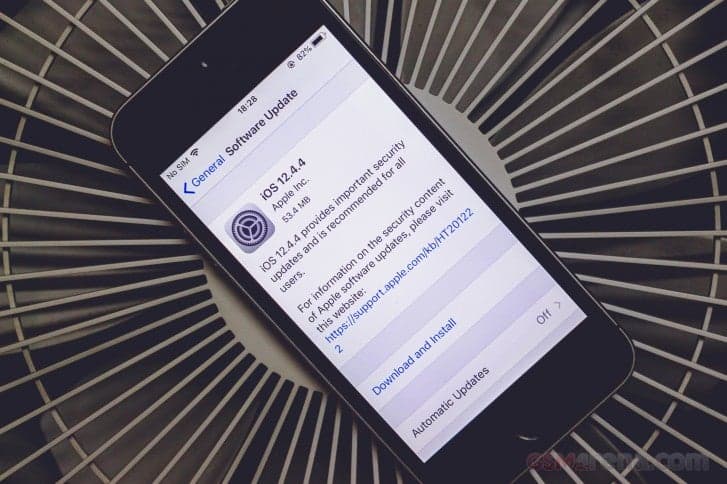 The changelog doesn’t say much other than this being an important security update. Apple recommends all owners of these older handsets to update to iOS 12.4.4. Considering that these devices aren’t on the priority line anymore, we believe that any kind of update reaching them should be considered important. Through this new release, Apple wants to ensure that even older devices are up to date and secure.

It’s impossible to not praise the Cupertino-firm for this commitment. The iPhone 5s is a six-years-old smartphone and still is receiving software updates. The Android side of the coin, unfortunately, still flows with an 18-month update policy, in the best-case scenarios.