Microsoft is launching a new version of Outlook.com update that adds a great feature to Outlook users. Previously Outlook users could only check their Windows 10 notes on Outlook Web. Nevertheless, with the new update, users can add notes directly in the web version of Microsoft Outlook. 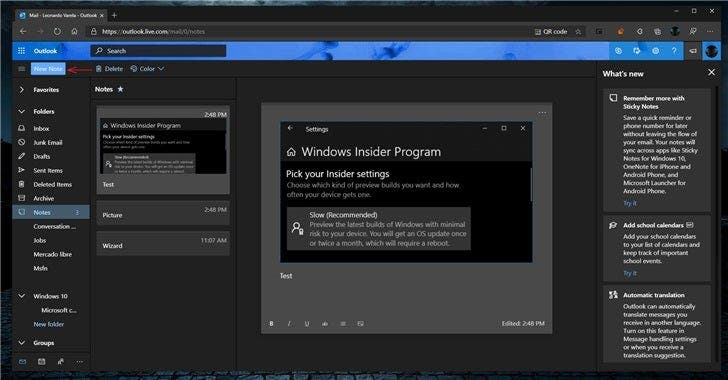 This feature which allows users to create new notes directly in Outlook was first discovered by Reddit users. There is also an instant synchronization and display of the notes on Microsoft Launcher on both Windows 10 and Android. This may be helpful for people who use Outlook on a public computer. However, they will not be able to access the Sticky Notes application on Windows 10. This feature was recently announced by Microsoft and eventually rolled out to Outlook users. So far the feature is rolling out in stages and does not require manual updates, but it may take several days for this feature to show up.

Microsoft Outlook is a personal information manager from Microsoft, available as a part of the Microsoft Office suite. Primarily an email application, it also includes a calendar, task manager, contact manager, note-taking, journal, and web browsing. What do you think of this new update?