Smartphone cameras have exponentially increased in size within a year. The 48MP camera smartphones crowded the first part of 2019. Soon after, we saw phones with 64MP cameras which were eventually followed by smartphones like the brilliant concept Mi MIX Alpha and the commercially available Mi Note 10 with 108MP cameras. And now, according to one of the popular leakers, Ice Universe, Samsung is rumoured to introduce a 144MP camera manufactured using 14nm FinFET process.

In case you are aware of, though Sony jump-started the megapixels game with a 48MP sensor, it was Samsung who outpaced the former company by soon introducing 64MP and 108MP smartphone camera sensors. Although Sony has a 64MP sensor now, the company is yet to make a 108MP camera. On the other hand, Samsung is all set to manufacture 144MP camera sensors using 14nm FinFET process if the information shared by Ice Universe on Twitter happens to be true. 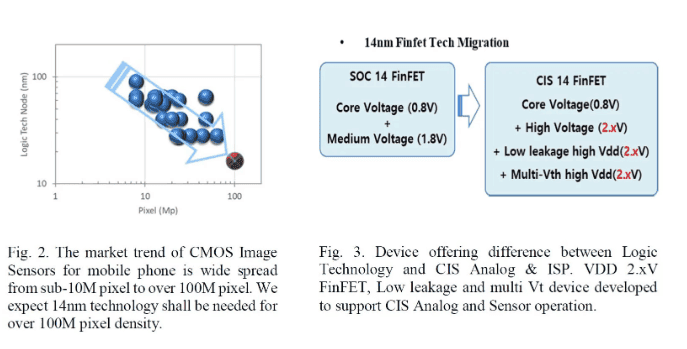 The infographic posted on Twitter by Ice Universe showcases the market trend of mobile CMOS sensors which incorporates over 100 million pixels to sub-10 million pixels. It also adds 14nm manufacturing technology is essential to make sensors above 100 million pixels density. Coincidently, just last week, Samsung exhibited a 14nm FinFET manufacturing process optimized for imaging applications. Which kind of suggests Samsung could be really working to introduce 144MP mobile CMOS sensors to the market. Note that Qualcomm’s recently-introduced Snapdragon 865 SoC already has support for 200MP sensors, so the writing is on the wall.

The Galaxy S11 series is unlikely to feature this sensor. On the other hand, the Galaxy Note 11 looks a very likely candidate for this new piece of camera. However, it would be interesting to see if Xiaomi can snatch the cake once again as it did this year from Samsung.

As of now, there is no information available about this purported upcoming sensor from Samsung, apart from this rumour.

Next Huawei EMUI 10: the update arrives in beta on these 8 smartphones