After weeks of leaks and teasers, the Vivo X30 series was finally announced today in the Chinese province of Guilin. The smartphones pack a high-end camera setup along with the latest Samsung Exynos 980. 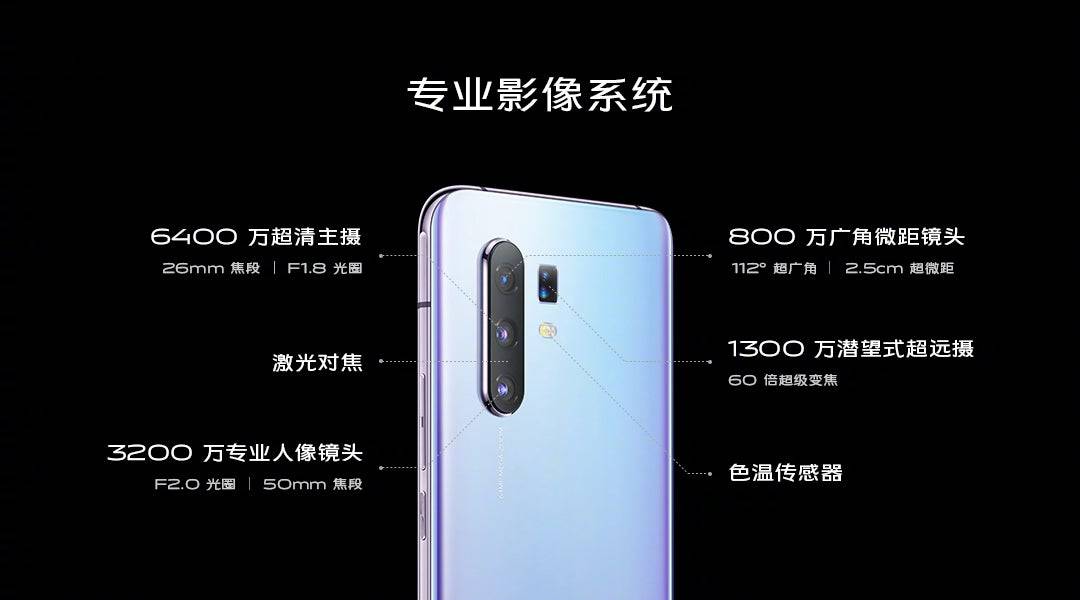 Vivo’s X30 series comes with a large 6.44-inch AMOLED display with 800 nits brightness (tops at 1200 nits) featuring a camera punch-hole design. According to the phone maker, this is the smallest camera punch-hole at just 2.98mm.

Photography wise, we find a total of four rear cameras. These include a primary 64MP shooter (Samsung GM1 sensor / 1.6 micron pixels / F1.8) paired with an 8MP ultra-wide angle lens, a 32MP telephoto sensor and the star of the show: a 13MP periscope lens for a maximum 60x zoom. 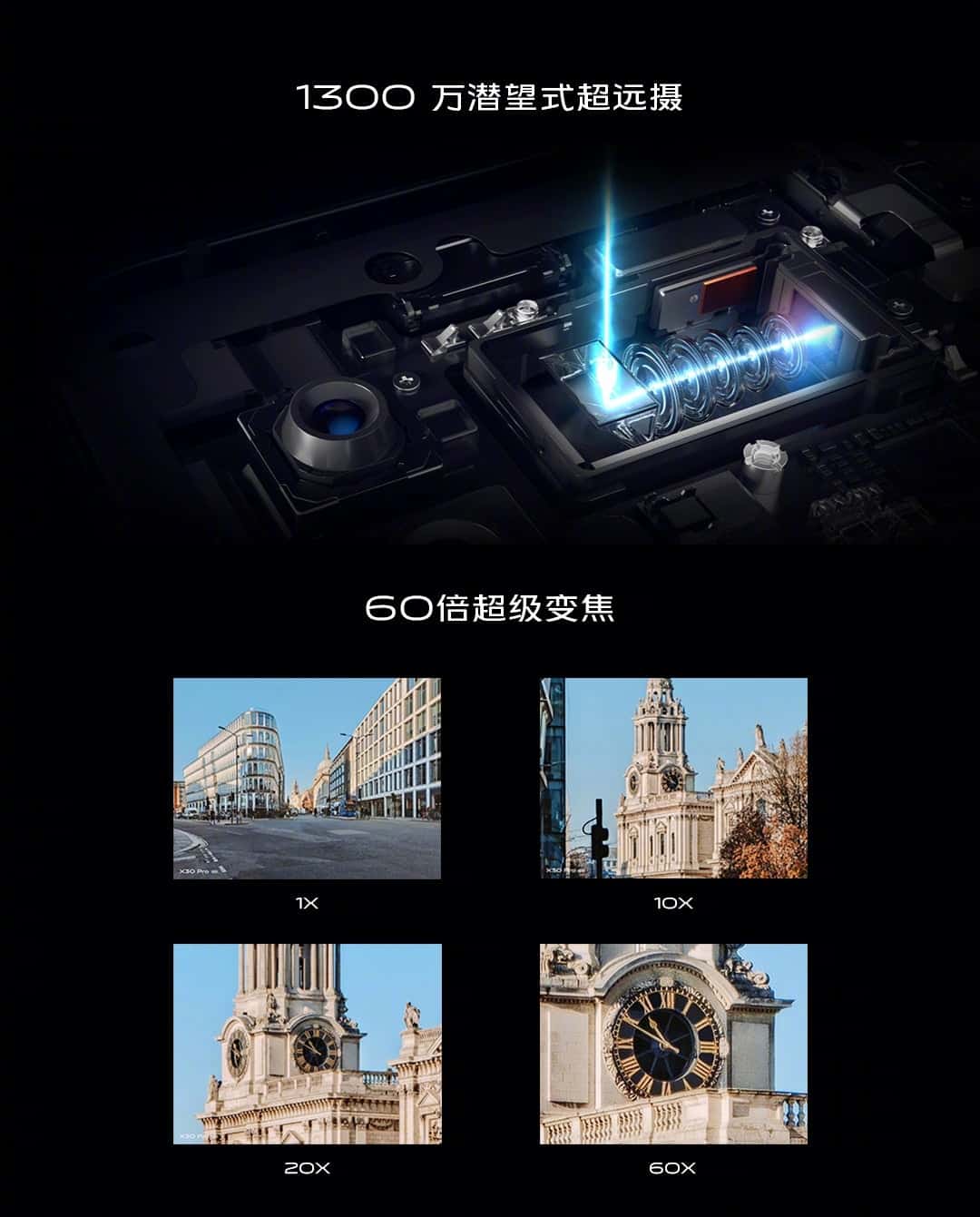 The camera setup allows the smartphone to cover most common focal lengths used in professional photography. We indeed have a 135mm equivalent mostly used for portrait photography and for indoor sports, followed by a 50mm lens, also common for portraits; a 26mm equivalent lens for general use and an ultra-wide 16mm focal length for that extra coverage.

Finally, as cameras are concerned, we have 32MP selfie snapper with f/2.45 aperture (no focal length revealed here).

As we previously mentioned, the X30 series isn’t just about photography. The smartphones will indeed be the first to equip Samsung’s Exynos 980. A processor based on a 8nm manufacturing process and featuring an Arm A77 CPU architecture. It does of course support 5G as well, more specifically dual-mode 5G NSA / SA; a more advanced tech than NSA-only 5G.

Other features on the Vivo X30 include a 4350mAh capacity battery with 33W fast charge support and NFC. We also find a GX optical screen fingerprint recognition system, which increases the photosensitive area by 61%, imaging information by 30% and signal-to-noise ratio by 41%; meanwhile unlock time is just 0.29 seconds. 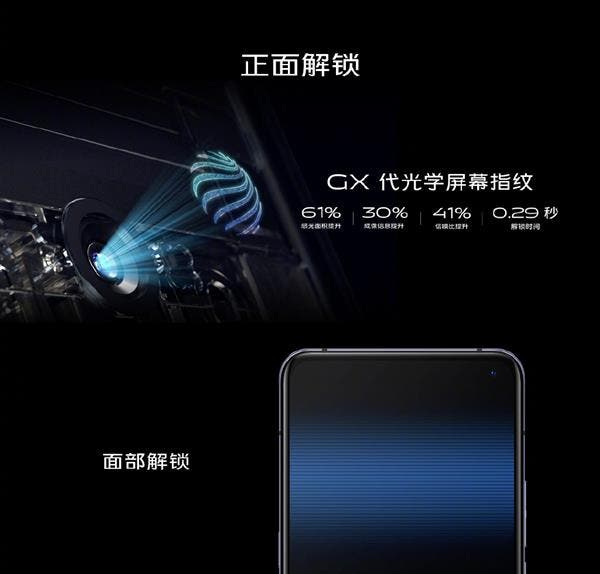 The Vivo X30 series is available in two versions: X30 and X30 Pro. The X30 Pro models include all the features mentioned above, while the standard X30 does not pack the 60x zoom lens nor the improved fingerprint scanner. 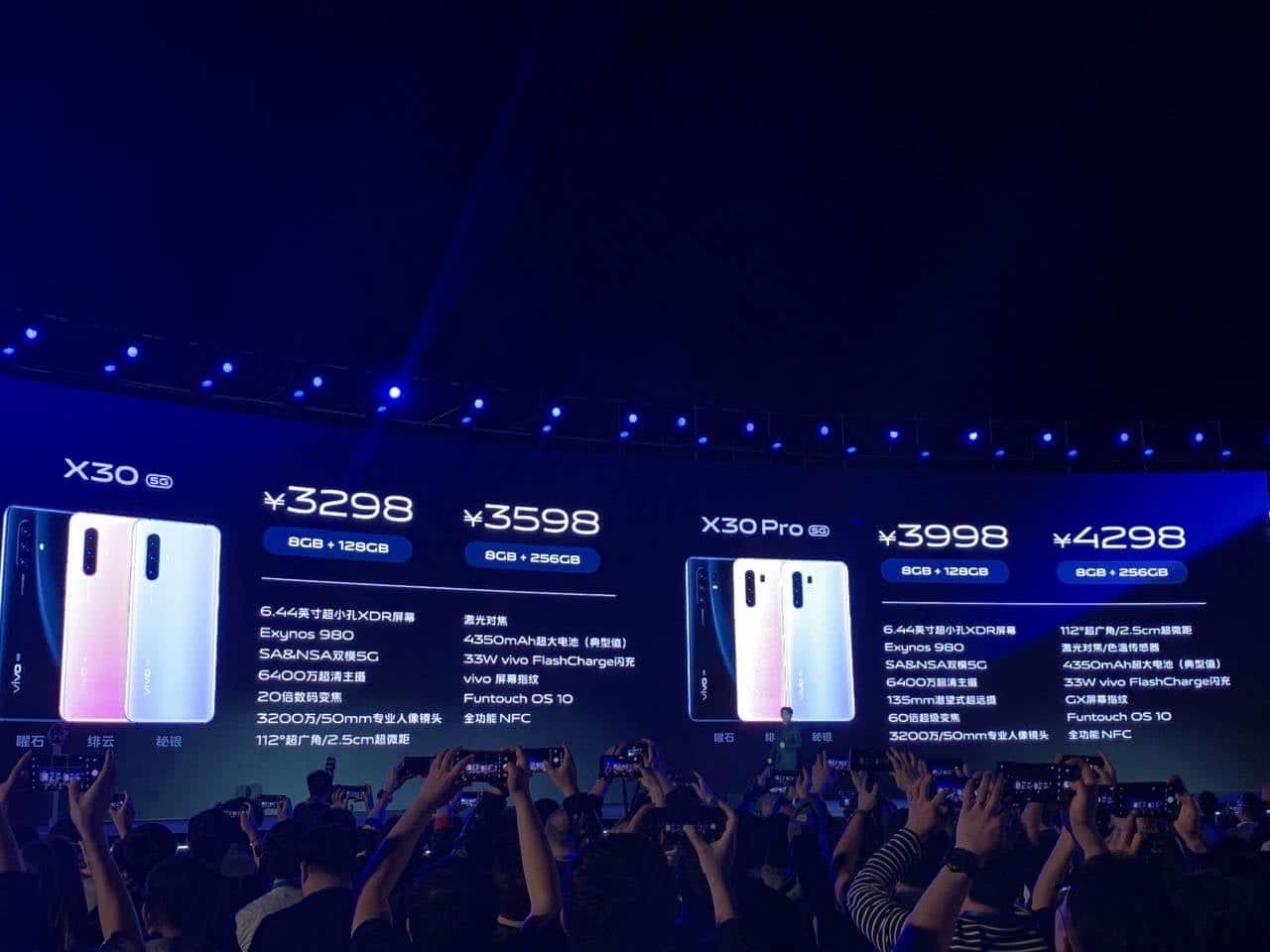 Previous Galaxy S11 camera will have features never seen before