Forbes magazine has just unveiled the top 10 of the highest-paid YouTubers in the world in 2019. At the age of 8, he takes the lead for the second consecutive year. With $26 million made from his Ryan World YouTube channel, Ryan Kaji is doing even better than last year.

On YouTube, children have taken power. There are three of them in the top 10 of the highest-paid YouTubers in the world unveiled this week by Forbes magazine. Two of the first three places are occupied by young people under the age of 10. Like last year, the Ryan World YouTube channel hosted by an 8-year-old boy topped the rankings with $26 million raised, 4 million more than in 2018.

This amount takes into account direct advertising revenues on YouTube, sponsored content, but also the sale of derivative products. On his channel, Ryan Kaji was only taking over toys by giving his opinion on the quality of products. Today he also makes fun and educational videos for children. 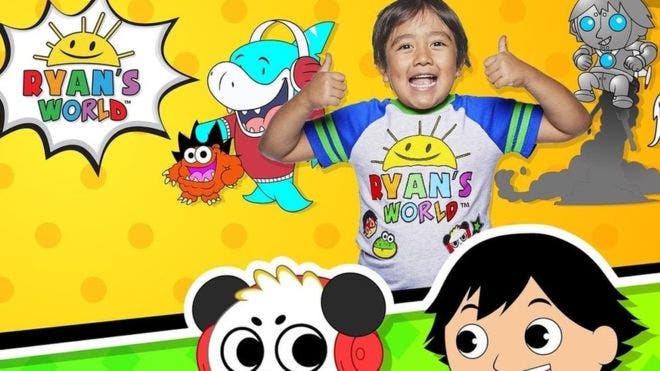 She is a child who settles on the third step of the podium. Anastasia Radzinskaya is Russian and she is only 5 years old. She was born with cerebral palsy and the doctors thought she could never speak. Her parents have created a YouTube channel and regularly post videos of her doing ordinary things like playing with her dad and showing off toys to show off her progress. They had no idea that she would become a star on YouTube.

One of her most popular videos is approaching a billion views (767 million currently), a performance all the more commendable since all the videos are in the Russian language. Anastasia earned more than $18 million thanks to YouTube between June 2018 and 2019 and she owes it in part to the sponsorship contracts signed by her parents with big brands like Legoland and Danone. Here are the top 10:

Previous Facebook OS: the social network is preparing an alternative to Android

Next Samsung Galaxy S10 Lite: here is its complete datasheet