Huawei has been greatly influenced and somewhat affected by the US ban and its restrictions. However, the firm doesn’t show any signal of weakness. Actually, the ban forced the company to dive into alternatives that consequently make it a much more powerful and independent company than it was before. According to a new report from the Economic Times, Huawei has been engaging heavily with Indian developers to create Huawei-Alternatives to Google’s most popular apps – HMS. As you may know, the ban has barred new Huawei and Honor devices to ship with pre-installed Google Apps such as Maps, Google Drive and Gmail. While these apps aren’t the Chinese cup of tea, they are a key part of western user’s life.

Charles Peng, CEO of Huawei and Honor India told ET “We have our own HMS and are trying to build a mobile ecosystem. Most of the key apps such as navigation, payment, gaming and messaging will be ready by December end.” That means, that Huawei won’t close this year without making a big debut of its HMS ecosystem. Despite the fact that this is a necessary move, it still is a courageous one. After all, Google has been getting all the benefits of a monopoly with its GMS ecosystem. Google’s portfolio is so vast, and in order to compete, Huawei needs to create alternatives for Google Maps, Gmail, Google Pay, YouTube, Play Store and Play Games.

“We will create an end-to-end business model with developers, content and services providers. We will provide value to them.” 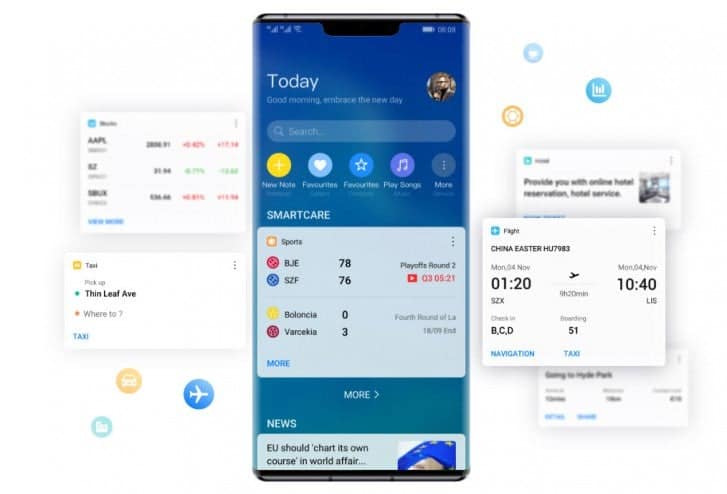 Huawei-backed Honor brand is currently in conversation with developers of India’s top 150 apps. The company aims to take them to develop for Huawei’s App Gallery, the company’s PlayStore alternative. On a similar note, Charles Peng confirmed that the next Honor smartphone will come with Google Services. Honor is expanding its portfolio offering products in new categories in India like TVs, smart audio devices and IoT gadgets. Honor hopes to reach 10% market share in India for 2020 and the company is working on a roadmap. Meanwhile, Huawei is offering new consumer products including smartwatches.

The company is tracing a smart path offering heavy incentives to Indian developers. The company offers a $1 billion fund to help developers integrating their apps with HMS. Hopefully, the company will offer a good alternative to Google Apps, and will finally succeed where many other companies failed.

Previous Vivo to Launch a New Device on February 23rd, is it the APEX 2020?

Next Apple and Google Delist ToTok, Saying It Was Used to Monitor Activities