Today, Jiang Cong, general manager of sales and operation of Xiaomi China, announced that Xiaomi TV has completed the target of 10 million units in the Chinese market. He said, “This is a new milestone in the history of Chinese TV. Xiaomi TV China is the first stable TV brand in 2019! We are just way ahead and dare to publicly share screenshots of the system!. According to the public relation manager of RedmiTV, these 10 million Xiaomi TV’s does not include Redmi TV. 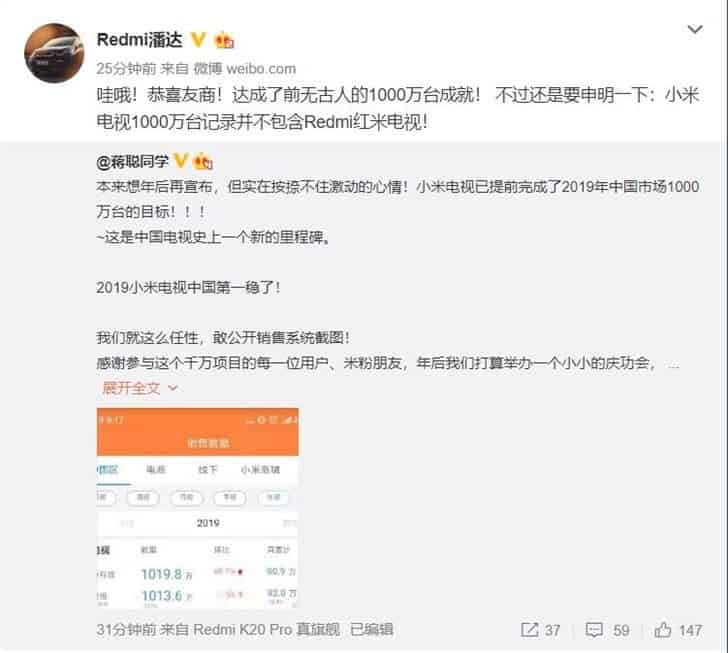 According to Li Xiaoshuang, general manager of the Xiaomi TV Department, over the last three quarters (Q1 – Q3 2019), Mi TV has shipped about 2.3 million units per quarter. This shows that the last quarter (Q4) has a similar or better sale value. 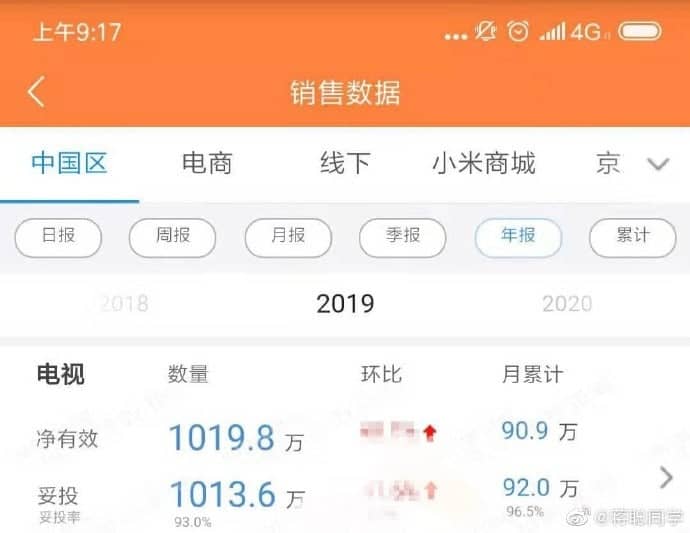 This year, the Xiaomi TV 5 series officially hit the public. This new series has the Mi TV 5 and TV 5Pro. The Pro model is available in 55-inch, 65-inch, and 75-inch. You can find the details of these TVs HERE.

Previous Is Cubot X20 Pro the most affordable phone in 2019 ?

Next TCL Electronics to release a Mini-LED display tech on Jan. 6