A week before CES 2020, the first images of Samsung’s borderless QLED TV surfaced. We knew that Samsung is going to present a borderless TV during its upcoming conference. The German media 4K Filme came across the first images of the Samsung 2020 8K QLED range on the American Samsung site, about a week before the official presentation at CES 2020.

The Korean manufacturer has glued the chassis to the TV panel at a minimum distance. The result is extremely fine with almost absent borders. Samsung would present the new 8K TV models with the slogan: “Discover the power of a future beyond borders”, the model would be called Zero bezel TV and will arrive only in a 65-inch format. You will notice that the base of the TV is the same on the Q90R (2019) model. Samsung should use its One Connect Box concept, all of the connectors are deported to a box and the whole is connected by a discreet cable.

This might be Samsung’s upcoming ‘zero bezel’ 8K TV 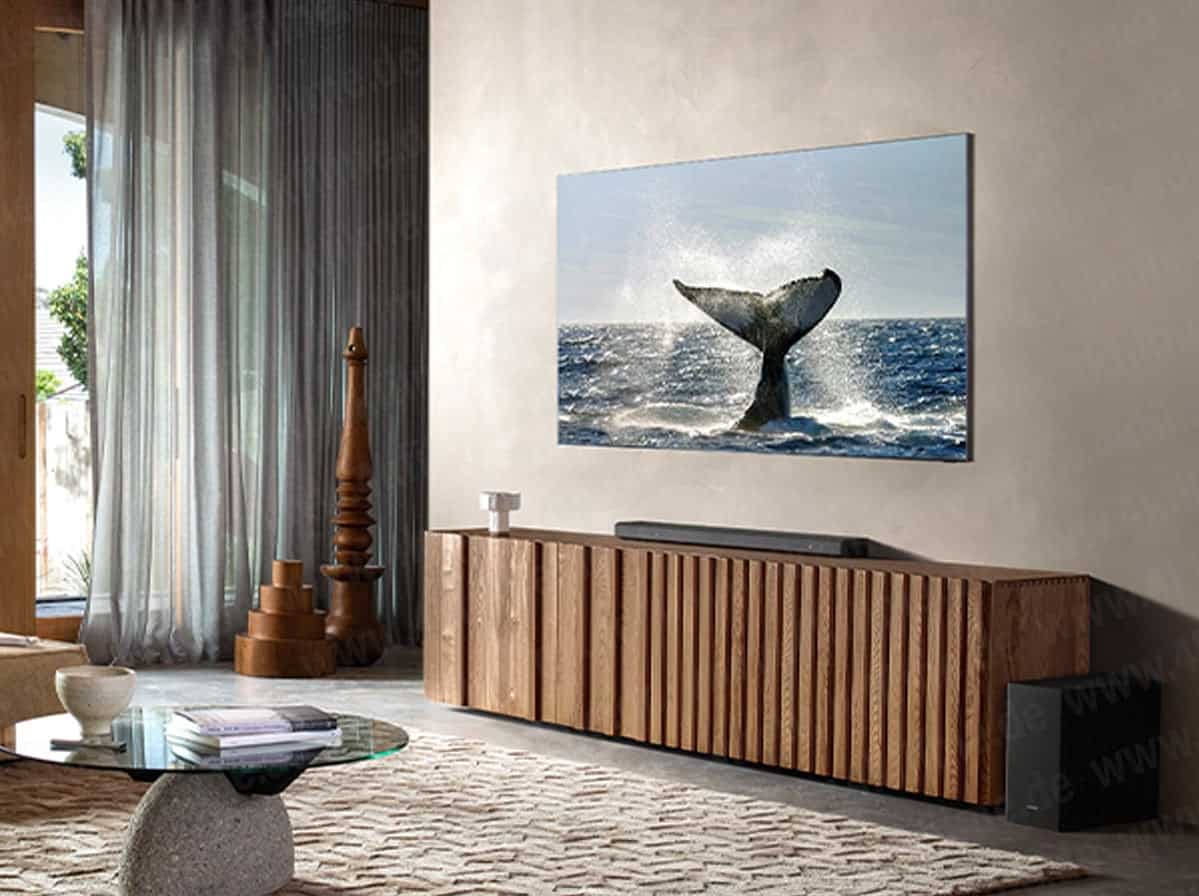 Also, Samsung should also unveil its Q800T soundbar, as can be seen in the image above.

It is worth to mention that Samsung will start the mass production of the TV starting next month and that the company has not announced or teased the television yet. It is quite clear that the television should see its official unveiling at CES 2020. With that said, we might see some more information from the brand itself in the coming days. In another development, Samsung might also end up launching Galaxy S10 Lite and Note 10 Lite during the three-day event. The company will also present its Selfie Type keyboard at CES 2020.

We will soon see how this Samsung new 8K QLED borderless TV will actually look like in reality. So stay tuned for our coverage of the Samsung CES 2020 event.

Previous Telegram gets a massive update! Here are the changes