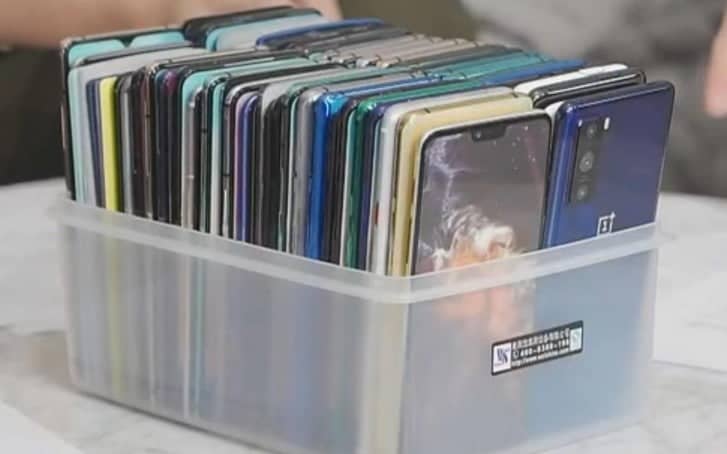 From the stack of phones, we can see that the OnePlus 8 Lite is in front. What we can see is that this smartphone comes with a triple camera setup. In addition, there is no fingerprint sensor on the rear thus it will probably have an on-screen fingerprint sensor. Nevertheless, there are questions whether this is the real deal or just a dummy.

The latest image is in tandem with last month’s CAD renders of this device. The power button is on the left and there are no ports or major holes on the top side. As for the latest image, it’s probably the actual design of the OnePlus 8 Lite. As of now, there is nothing official on this smartphone. However, there are reports that this device will come with a Snapdragon 765G chipset since the regular OnePlus 8 and the OnePlus 8 Pro are most likely to use the Snapdragon 865.

Next How to spot fake apps on Android Play Store