A few days ago, the China Academy of Information and Communications Technology under the Ministry of Industry and Information Technology released smartphone shipments report for the Chinese market in 2019. The total shipments were 389 million units, a year-on-year decrease of 6.2%. This is the third consecutive year of decline since 2017. And smartphone makers are still having a hard time. However, 5G smartphones achieved a ‘from 0 to 1’ leapfrog in 2019, with annual shipments exceeding 13 million units. Especially in the last two months of 2019, shipments exceeded 5 million units. 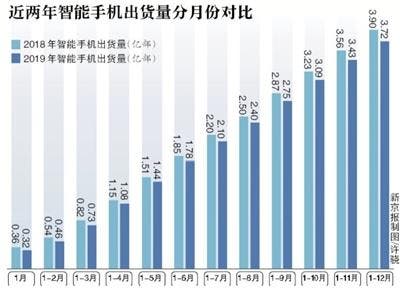 In the market environment that has shrunk in the past three years, many manufacturers have experienced the ‘dark moment’ of declining sales and decreasing share. Some brands have changed from mainstream to marginal, and some manufacturers have withdrawn from the market directly. There were still more than 20 million sales of Meizu in 2017. But in 2018, there will be less than 10 million sales. Samsung, in the ‘post-Note 7’ era, has almost lost the Chinese market. Smartisan, which was once ‘maverick’, was officially bankrupted in 2019.

Also Read: Huawei To Claim 75% Of The Chinese Smartphone Market Next Year

According to Canalys statistics, in the third quarter of this year, Huawei, Xiaomi, OPPO, VIVO, and Apple captured 92% of the Chinese smartphone market shares. It’s an increase of 3.3% over the same period in 2018.

Previous Huawei launches the new openEuler OS: will it replace Android and Windows?

Next Xiaomi BT Thermometer 2 and more discounted on Ebay