More pixels doesn’t always mean better images. However, the more the pixel, the better the chances of a good image with high details. The smartphone industry is evolving fast and in the camera sector, the highest pixel, for now, is Samsung‘s 108MP sensor. However, most flagship smartphones still make use of 48MP or 64MP main sensors. While we are still trying to understand why we need so much pixels, the industry is coming with more. Recently, the existence of a new mysterious smartphone with a 256MP sensor hit the web.

As of now, there is no report on the development of a 256MP sensor. However, reports from popular Weibo blogger (Digital chat station) claims that a new mysterious smartphone will use a “256MP ultra-clear camera mode” interface. 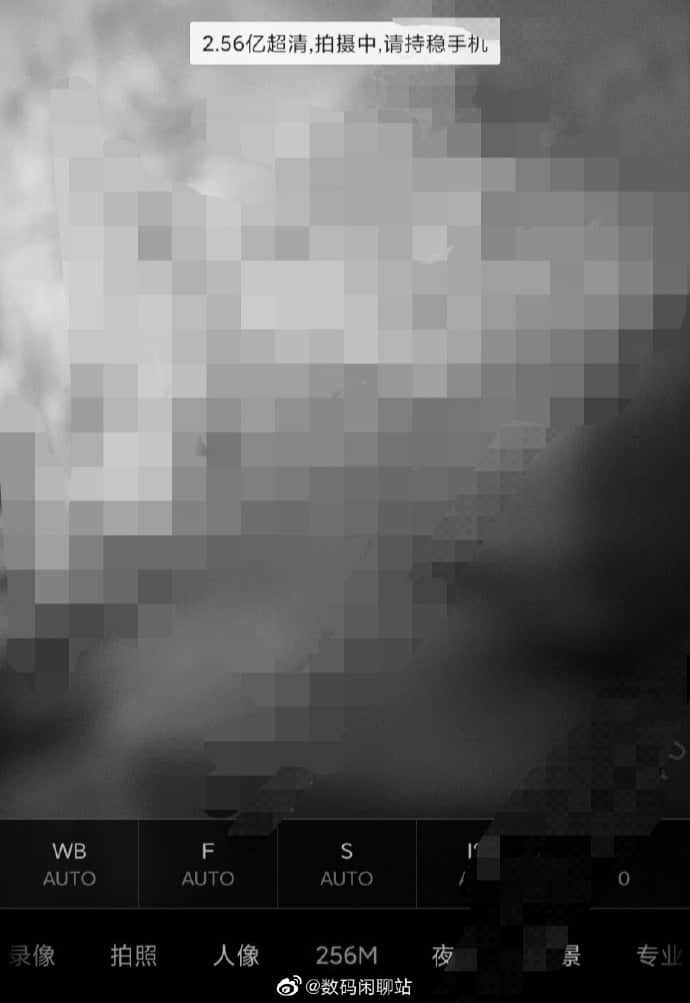 After his initial claims, he has now exposed the interface of this phone ’s “256MP ultra-clear camera mode”. From the image, you can see that there is a “256MP  ultra-clear camera”. However, he did not disclose the name or model of this smartphone. Unfortunately, there is no detail information on this mysterious smartphone with a 256MP camera. However, we will likely get more information about the authenticity of this sensor in the coming weeks.

Like we said earlier, there are multiple variables that come to gether to produce a good image. It is not always about the pixel size. According to recent reports, it appears that Sony IMX686 60MP sensor will give the Samsung 108MP sensor a good run for its money. Just as Samsung’s latest 108MP sensor utilizes a Quad-Bayer array of pixels to create an actual 27MP picture, Sony’s IMX686 is a 60MP sensor with a Quad-Bayer array and should produce actual 15MP images. The general expectation is that this sensor will deliver some pretty epic zoom levels.