OPPO has made a new brand for the Indian market mainly. But now, Realme is known even outside India. Generally speaking, almost all sub-brands of Chinese top smartphone brands are performing quite well and have formed a new battlefield. As you guess, we are talking about Huawei’s Honor, Xiaomi’s Redmi, OPPO’s Realme, and VIVO’s iQOO. The latter lays a bit behind. But the first three are in the very center of a tornado. As for OPPO, it’s going to hold a new product launch in India in the coming days. At the event, we are waiting for the Realme 5i and a few other products. Although there has been no official information concerning other devices, a few days ago, Realme’s Indian CEO Madhav Sheth showed off Realme’s first smart bracelet. Today, we even saw the first rendering of this product. 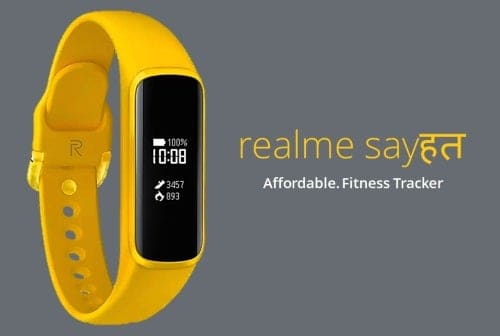 According to Techdopes news, recently, Realme’s first smart bracelet rendering was released on social networking sites. As you can see, the product uses an iconic yellow color for the silicone strap. And there is also a rectangular screen like its main rivals of the Mi Band and Huawei/Honor Band.

As early as the end of last year, Realme India officially formulated a plan for 2020. The latter shows Realme will be focusing on three core areas: smartphones, software, and IoT-enabled products.

Next Lenovo Ego Smartwatch Available For Purchase In India