Seems 144Hz screen will become mainstream in the smartphone market this year. But not all smartphone makers can afford themselves to bring this feature to their models. Say, this morning, OnePlus founder and CEO Liu Zuohu revealed that they have completed the research and development of 120Hz screens. It took 4 years and 110 million from the manufacturer to make a display with such a refresh rate. But other manufacturers are not sleeping as well. Apart from OnePlus, other Chinese top brands have also announced their intentions on the higher screen refresh rate. Say, we know the Xiaomi Redmi K30 5G also sports 144Hz screen, the upcoming Samsung Galaxy S20 will support it, etc. And today, Ni Fei, president of Nubia Technology and co-founder of Nubia brand, posted on a Weibo that the upcoming Red Magic 5G gaming smartphone will support a 144Hz screen refresh rate option as well. 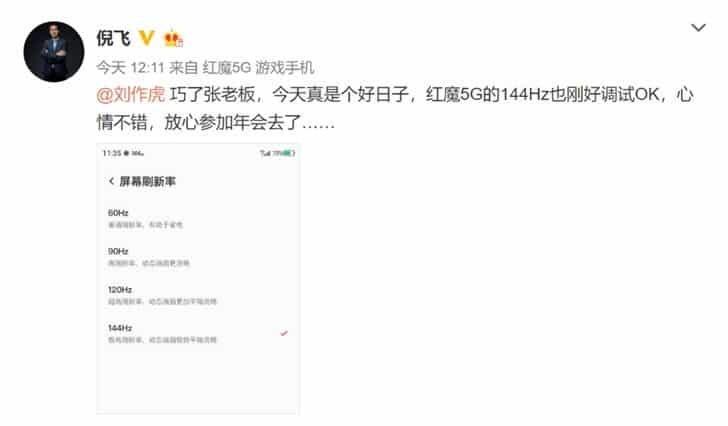 If this sounds ordinary for many users, in fact, we are talking about the world’s first gaming smartphone with such a screen refresh rate. Not only that, previously, Ni Fei also hinted that the Red Magic 5G gaming smartphone will use a triple-camera module on the back. 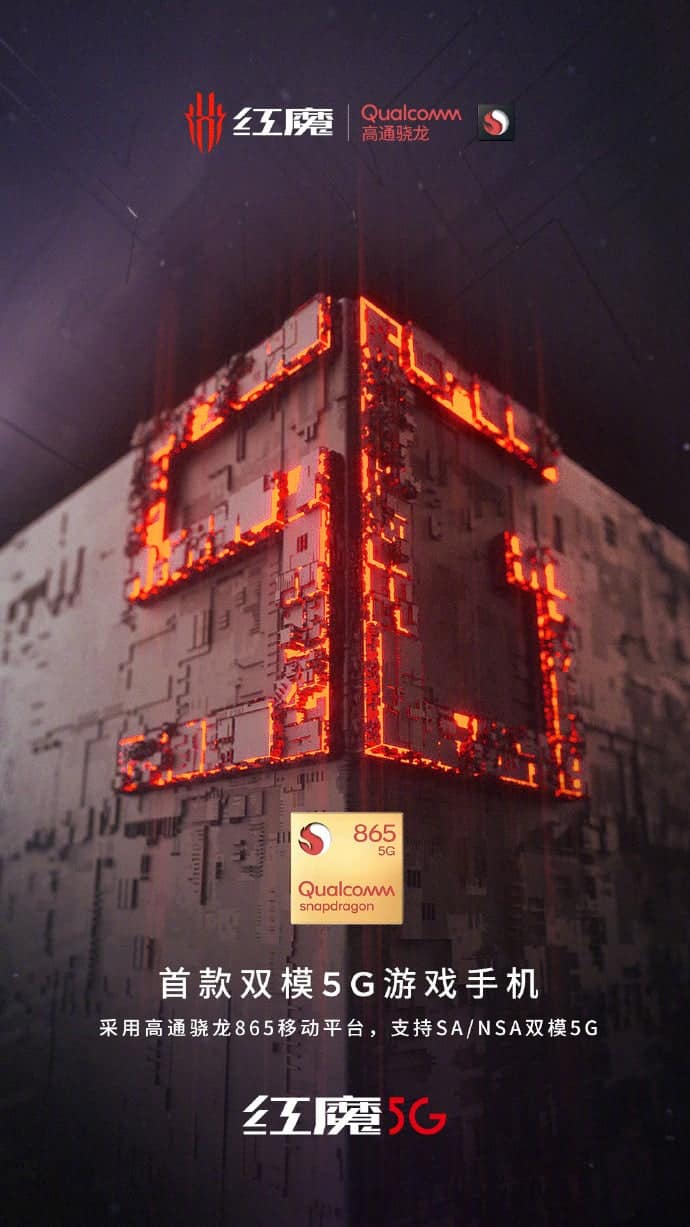 Besides the first generation of the Red Magic series, the rest of the models were packed with the most powerful hardware. So the forthcoming model should do as well. According to previous news, the Nubia Red Devil will launch the first dual-mode 5G gaming phone, namely the ‘Red Magic 5G’. It should use the Qualcomm Snapdragon 865 mobile platform and support SA / NSA dual-mode 5G. However, at the moment, there is no exact information on other configuration information and appearance.