The Samsung Galaxy S20+ continues to reveal its characteristics through the leak of a prototype. This time we learn more about its screen and its internal characteristics.

The Samsung Galaxy S20 series has been in the news for several days, and for good reason. Now, a reporter for the XDA-Developers site was able to get hold of a lot of information thanks to an anonymous source with a prototype of the S20 Plus in his possession.

This means that the screen will be slightly higher than that of its predecessor. As some rumors predicted, the screen will have a refresh rate of 120 Hz. This improves the fluidity of the display and animations. 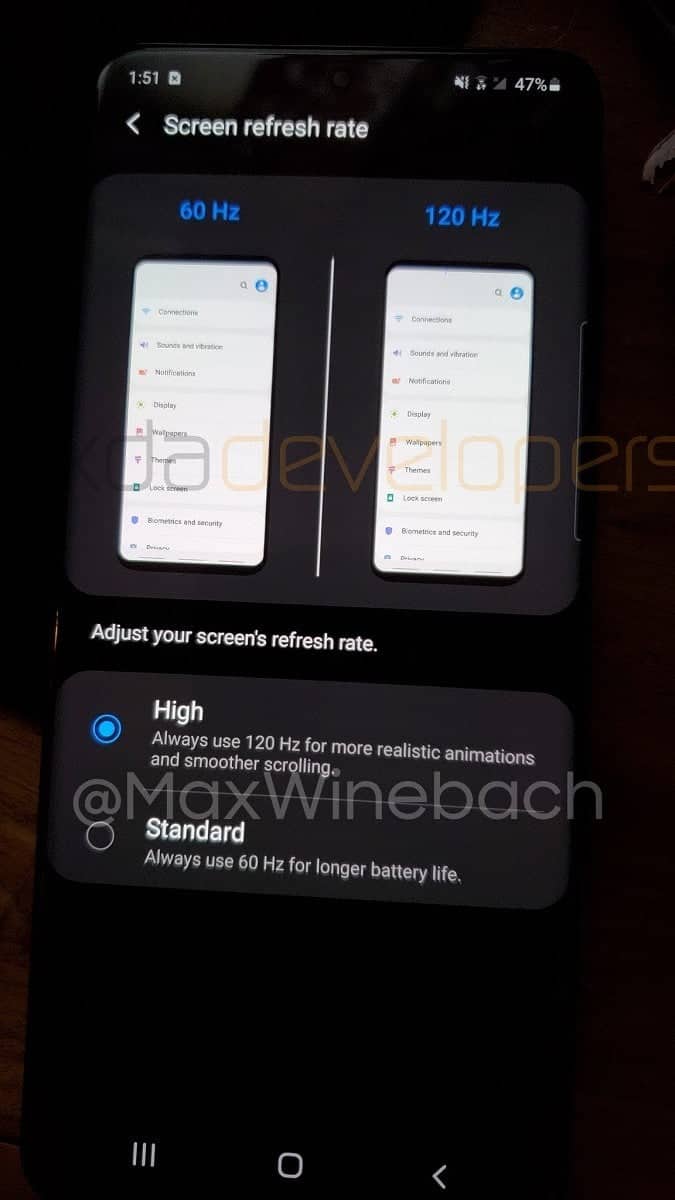 Samsung integrates fingerprint readers under the surface of the screen on its smartphones. However, unlike its competitors, these readers rely on ultrasound technology, rather than optical technology.

This choice had received mixed reviews on the Galaxy S10, but it seems that Samsung is not going to abandon this technology with the S20. XDA-Developers were able to confirm that an ultrasonic fingerprint reader will be integrated into the Galaxy S20+.

It is not yet known whether this reader will use Qualcomm’s new 3D Sonic Max solution, which greatly increases the size of the reader.

The Latest elements revealed by XDA-Developers are related to the S20+ RAM and battery. It would be equipped with 11 GB of RAM and 128 GB of storage.

Keep in mind, however, that the phone seen by the site is a Galaxy S20+ 5G, which could, therefore, have a larger battery than the possible 4G LTE version.

Next Samsung Galaxy Z Flip will ship with 3,300mAh battery and ultra-thin glass