A couple days back we had a look at some 3D printed dummies of the upcoming Samsung Galaxy S20 series, which gave us a glimpse at what the smartphone will feel like. Today, we’ll instead be checking out some very interesting renders of the Samsung Galaxy S20, S20+ and S20 Ultra compared against their “predecessors”, including the S10, S10+ and Note 10+. 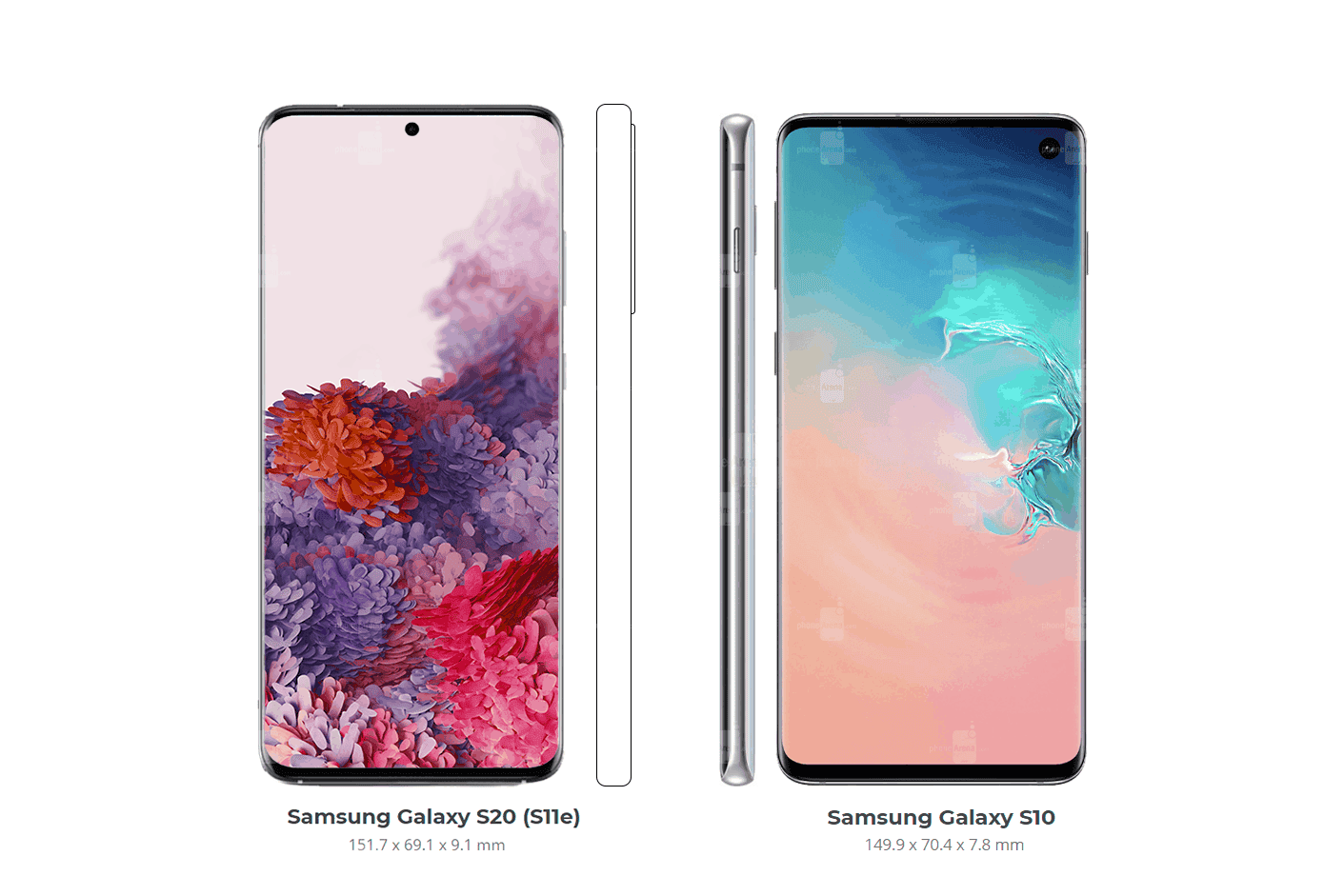 Let’s start with the first comparison in which we see the Samsung Galaxy S20 against the Galaxy S10. As we can see in the images provided by PhoneArena, the Galaxy S20 is slightly taller and thicker compared to the Galaxy S10 from past year. Now, albeit both smartphones should feature 6.2-inch screens, dimensions will vary from the 151.7 x 69.1 x 9.1mm of the S20, to the 149.9 x 70.4 x 7.8 of the S10. Additionally, the S20 should still be a rather light phone considering that the predecessor only weighs 157 grams. 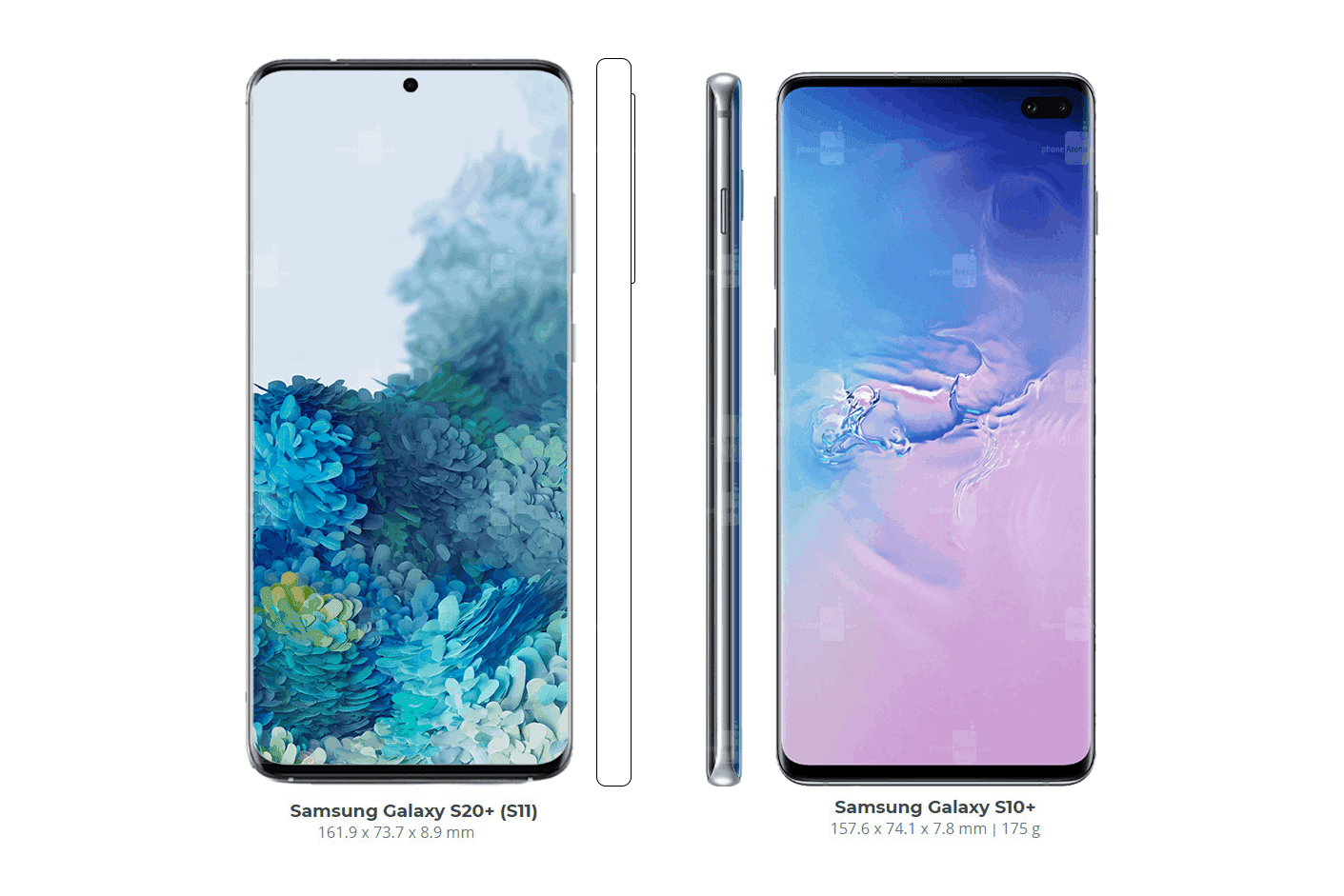 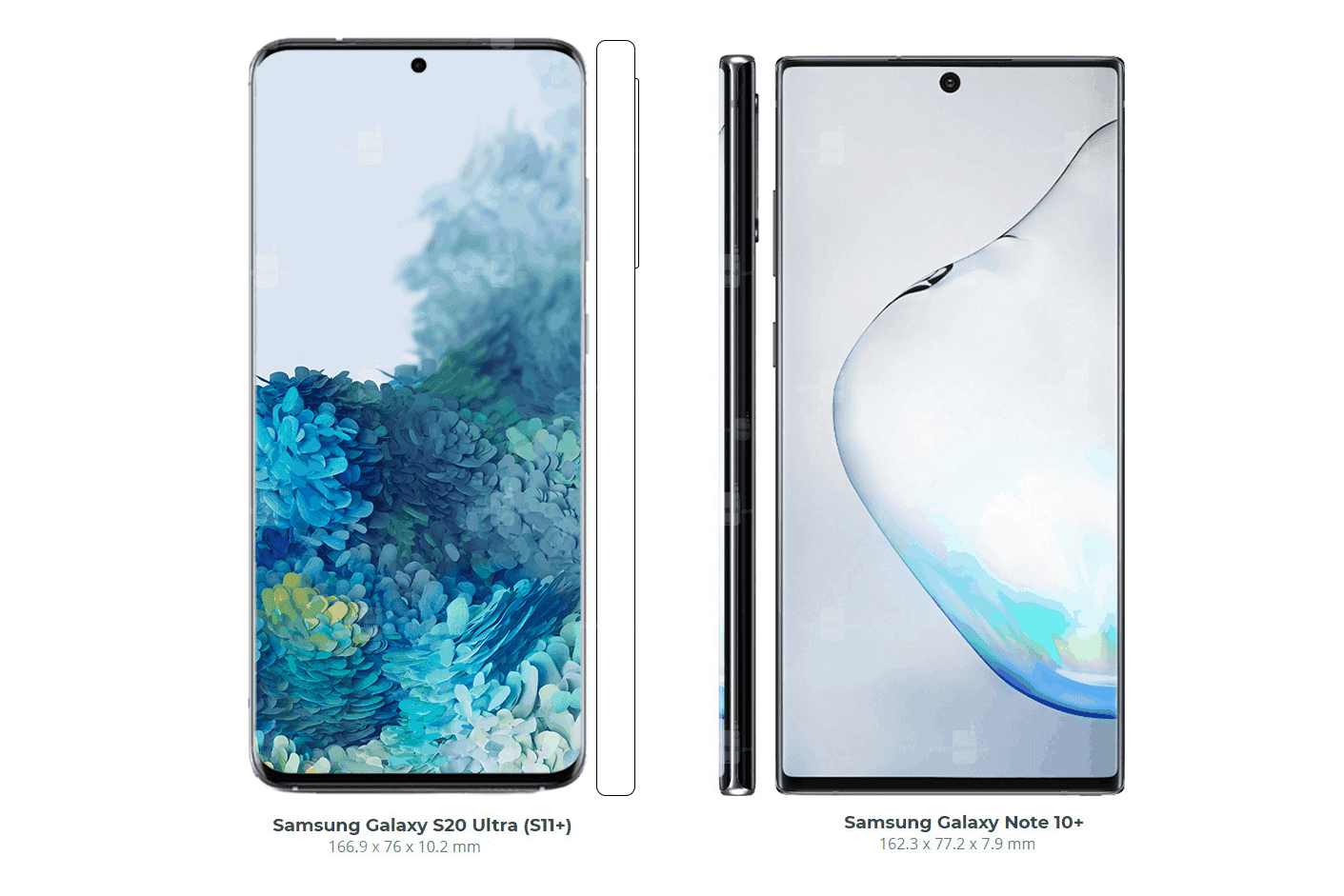 Finally, we have the top version of the Samsung Galaxy S20 series – the S20 Ultra. The handset is quite thick at 10.2mm, albeit that’s probably due to the camera module; inside which we should find a 108MP main sensor. Once again, the upcoming phone is taller and narrower, which should help handling such a large phone (166.9 x 76 x 10.2mm). As far as weight is concerned, the Note 10+ weighs in at 196g, so the S20 Ultra is definitely going to weigh over 200 grams.

Either way, the launch of the new Samsung Galaxy S20 series is around the corner; which means we’ll know very soon if the data showed above is correct or not.

Next Xiaomi Will Launch More Mi Phones in India in 2020, Mi Mix Alpha, Mi Note 10 On The Way