Samsung first introduced the Good Lock app in 2016 when the company updated its smartphones to Android 6.0 Marshmallow. It is a customization app which allows users to personalize their lock screens and home screens with a ton of new stuff. The company did not update the app for Android 7.0 Nougat but revived it later when Android 8.0 was released. Then, last year, it was once again updated to support Android 9.0 Pie and the company’s new One UI interface. Now, the man behind the development of Good Lock confirms the arrival of the 2020 edition with new features.

Since Samsung’s Good Lock app is used to customize lock screen and home screen, it needs to be updated to support the latest version of Android. And hence, every year since its initial release (except for 2017), the company has been releasing a new version of the app with improvements and new features. Last year’s update made its debut in March but this year the company will be rolling out the update on February 3rd itself. However, it will be only available for users in South Korea initially and will be made available in other regions later.

This 2020 update for Good Lock will bring a bunch of new features such as support for Android 10’s system-wide night mode, auto-arrangement of elements in Lockstar based on background, detailed notification view, vertical style in Task Changer, custom function in Lockstar, new wallpapers, and improvements Sound Assistant, One Hand Operation, and ThemePark. 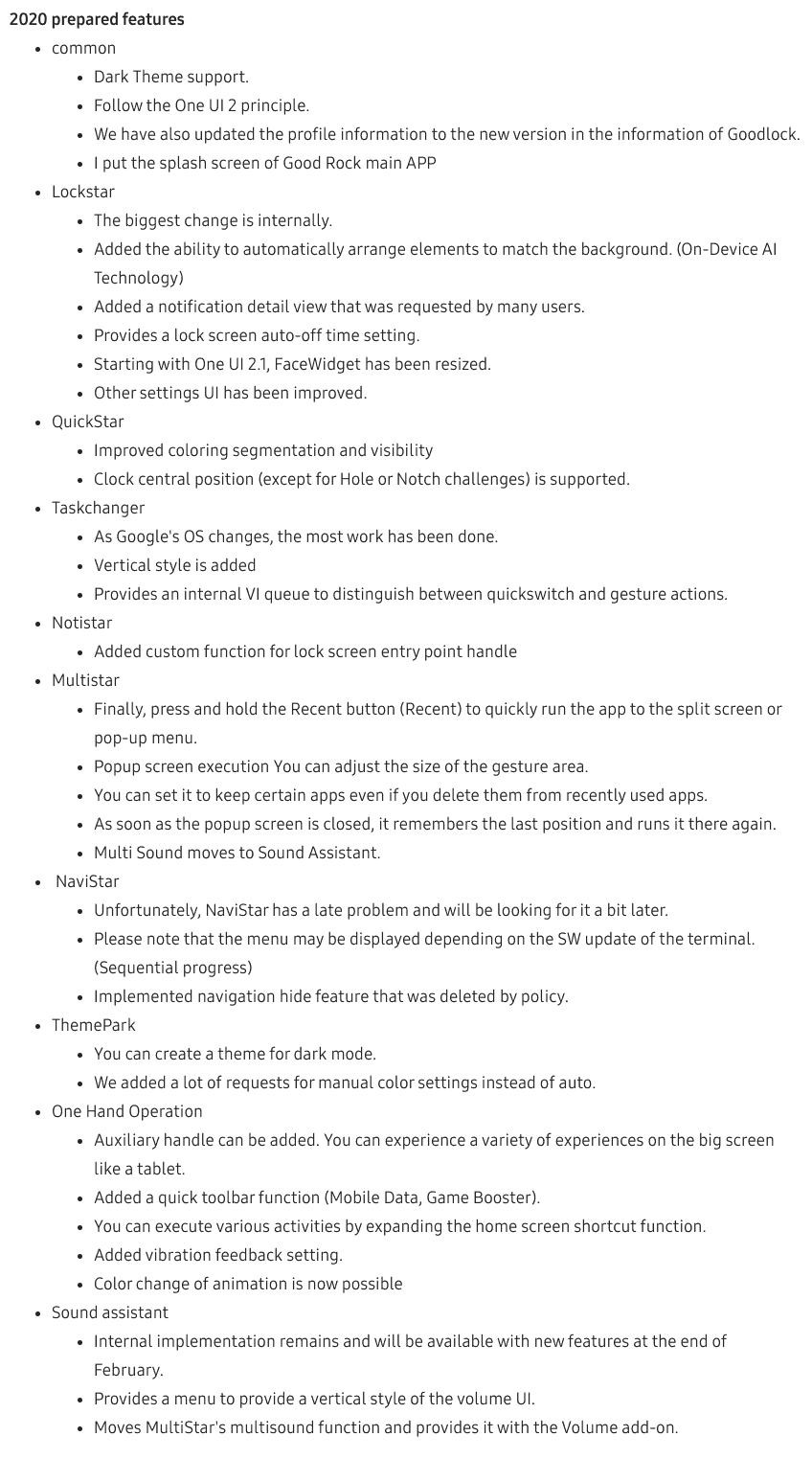 Next Samsung Galaxy A51 is coming to the US