Though Xiaomi is an absolute leader in the Indian smartphone market, Samsung is still breathing on the neck of the Chinese company. And seems it has found the tactics of how to save the situation. By launching low-cost but good-in-performance models, the South Korean manufacturer is going to grab as much market share as possible. Samsung launched the Galaxy Note 10 Lite in India earlier this month. And now the Samsung Galaxy S10 Lite has officially entered the Indian market.

The phone is available for pre-order on Amazon, Flipkart, and Samsung’s own site for INR 39,999 (approximately $560 / EUR505). Currently, Samsung only offers the 8GB/128GB version with three colors of Prism Blue, Prism Black, and Prism White. 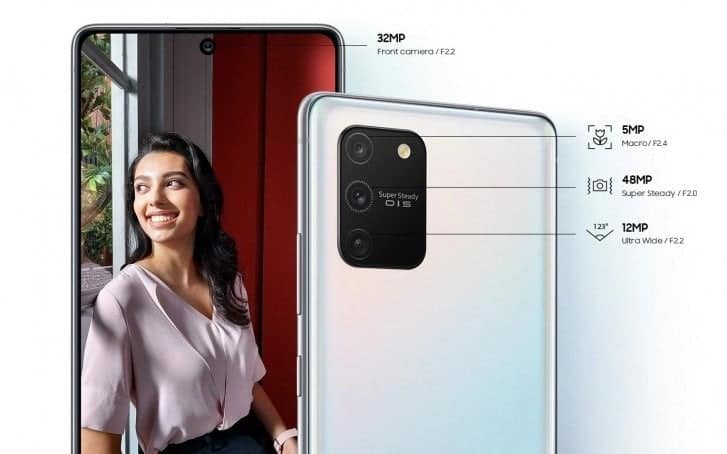 The price of Rs 39,999 is much cheaper than the Galaxy S10 or Galaxy S10+, but slightly more expensive than its peers Galaxy Note 10 Lite. It is also more affordable than the Galaxy S10e. Moreover, Samsung offers some benefits, such as a one-time screen replacement. If you use a specific credit card purchases, you will get a cashback of Rs 1,999 and Rs 3,000.

As for the key features, the Samsung Galaxy S10 Lite yields its siblings. But it still looks quite competitive. Say, it is packed with the former flagship mobile platform Snapdragon 855 chipset. The phone runs on One UI 2 based on Android 10. Among the rest of the biggest highlights, we can mention a 48MP rear camera, a 4,500mAh battery supporting 25W fast charging, a 6.7-inch Infinity-O display, and an on-screen fingerprint.

Next Two iQOO phones launching in India in mid-February