Huawei is ready to start 2020 with a new flagship smartphone in the form of Huawei P40 and Huawei P40 Pro. Despite all the problems with the US government that forced a change in the company’s strategies, Huawei is doing the best to keep its name along with the most-anticipated flagships of the first half of 2020. The Huawei P40 series has been making the headlines during the past week’s thanks to some leaks and renders. Back in the last week, we had a good look in the smartphone’s Mint Green color option. Today a bunch of official-looking renders was published by Waqar Khan. Besides the still images of the phone that are base on recent leaks, Khan also created a video mockup of the P40 Pro.

According to the renders, Huawei’s next flagship will feature four curved edges and an in-display fingerprint scanner. Due to the authentication technology, we believe that it is an AMOLED display. The company ditches the last year’s P30 series waterdrop notch in favor of a pill-shaped punch hole that houses the dual-selfie snappers. Worth noting that Huawei’s signature red power key and Leica branding on the camera are present on the renders. 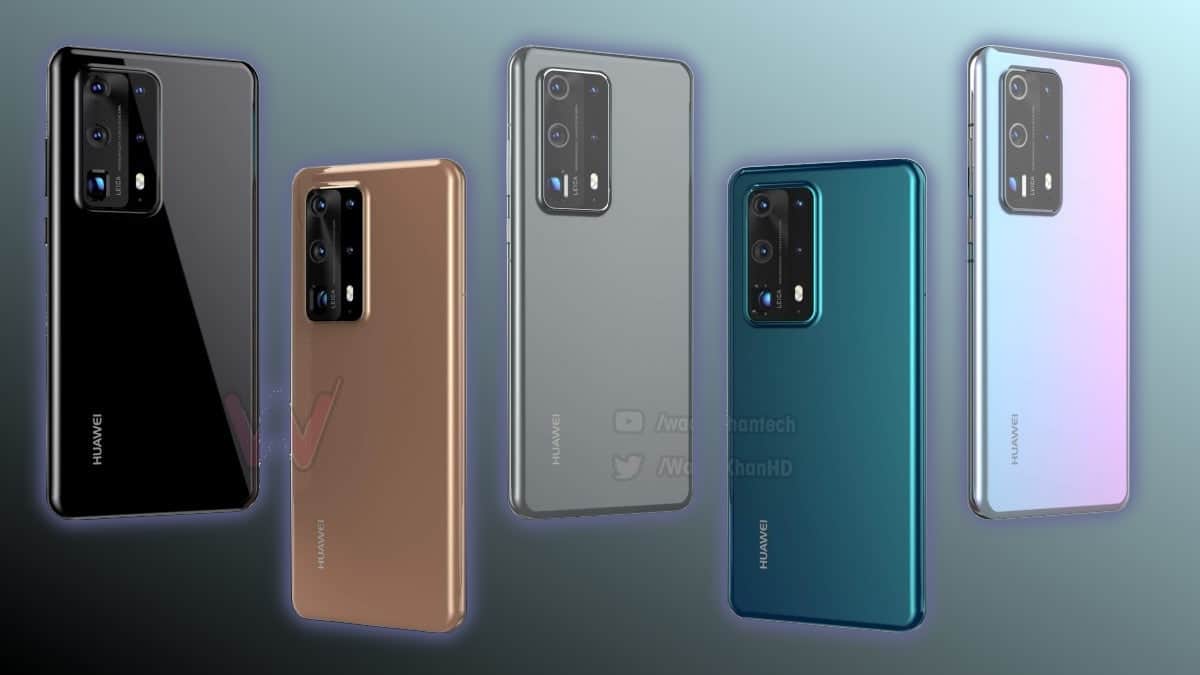 Are these renders for the Huawei P40 Pro or for the rumored P40 Premium/Plus?

There is some conflicting information when it comes to the Huawei P40 Pro. Recent reports emerged about a third Huawei P40 model in the past few days after. We’ve seen two different renders for this device. The first one came from AndroidHeadlines and shows a smartphone with a Quad-Camera setup. The second render comes from evleaks and reveals a Penta-Rear camera setup. This lifted rumors about the existence of a Huawei P40 Plus model or Huawei P40 Premium. While we can’t confirm the existence of this third variant yet, we have to say that the above renders depict the P40 with the Penta-Camera setup.

Rumors have been suggesting that the Huawei P40 Premium model will feature 24mm primary lens and 10x Optical Zoom. Under the hood, it will carry a Kirin 990 SoC. This phone also has up to 12GB of RAM, a 5,000mAh battery with 50W SuperCharge and wired / wireless dual flash charging. The smartphone will come with EMUI 10 and Android 10. However, it comes without Google Mobile Services. Instead, you’ll have the recently released Huawei Mobile Services.
Source/VIA :
YouTube