The TCL Plex is a smartphone that sits in the upper mid-range category with decent specifications and beautiful design. The device represented a milestone since it marks the company entrance into the market with a smartphone that is made and branded by TCL. The smartphone came with Android 9 Pie straight out the box. Now, the company is rolling out an Android 10 update.

TCL is doing the right step by providing the update for the TCL Plex just a few months after its release. The first thing customers will evaluate is how the company is concerned in providing Android updates for its new handset. Thankfully, TCL isn’t another of these companies with plans of releasing multiple handsets to never provide an update for them.

The update bears 2.0.2B.A.G serial and weighs in at 2.7GB in size. According to the changelog, there are a bunch of new features and optimization. All Google changes in Android 10 will be present there. Moreover, TCL decided to add a file-sharing app and a pre-installed Modern Combat mobile game. Well, the latter is an odd choice, some will consider it just bloatware. Perhaps, TCL has a partnership with Gameloft that requires the update to come with the game pre-installed. While some will understand, we have to agree that the majority of users would prefer to select and install which apps or games to install on their smartphones. 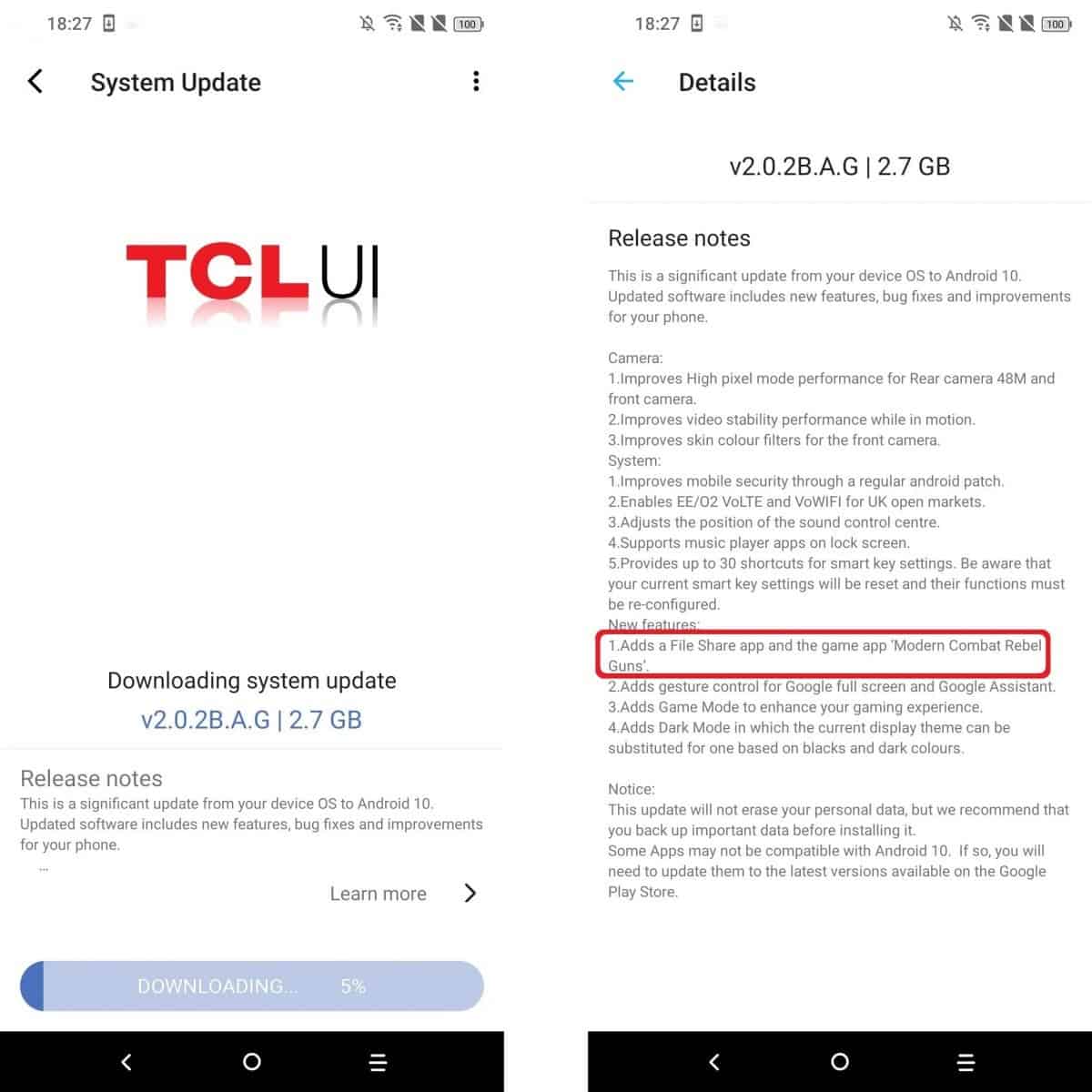 You can check the full changelog below:

The TCL Plex features a 6.53-inch FHD+ display with a punch-hole at the top-left corner. The cutout serves as a house for the 24MP selfie snapper. Under the hood, the smartphone counts with the Snapdragon 675 that comes paired with 6GB of RAM and 128GB of Storage. It has a hybrid SIM slot, so you can opt between dual-SIM functionality or single SIM plus microSD’s memory expansion. 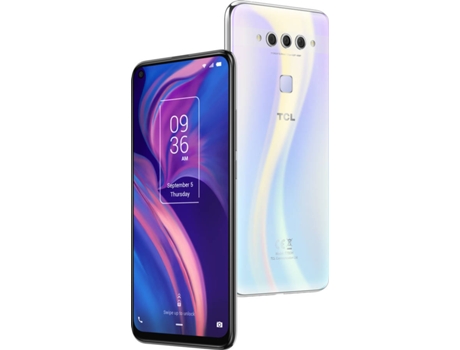 Moving around to the back, there’s a horizontally-aligned triple rear camera setup. It comprises a 48MP primary camera paired with a 16MP ultrawide sensor and a 2MP depth helper. The smartphone features a rear-mounted fingerprint scanner and retains a 3.5mm headphone jack. It draws power from a 3,820mAh battery with Quick Charge 3.0 support.

Next Linux 5.5 officially released with a couple of hardware improvements