As AppleInsider reported, analysts at financial services company Cohen believe that Apple’s strong performance in the first fiscal quarter of 2020, and its second-quarter results will also be impressive. There are signs that iPhones orders have been generally increased compared to 2019.

Cohen analyst Krish Sankar estimated in a report to investors that Apple produced 70 million iPhones during the holiday shopping season. Among them, the iPhone 11 and iPhone 11 Pro models accounted for 74%, about 52 million units.

In the first quarter of 2020 (Apple’s second fiscal quarter), Sankar predicts that Apple will produce 46 million different models of iPhones, an increase of 12% year-on-year. Among them, the iPhone SE 2 is estimated to account for 6 million units. He also estimates that it will cost about $475. In the first and second fiscal quarters of 2020, Apple will produce 116 million iPhones. 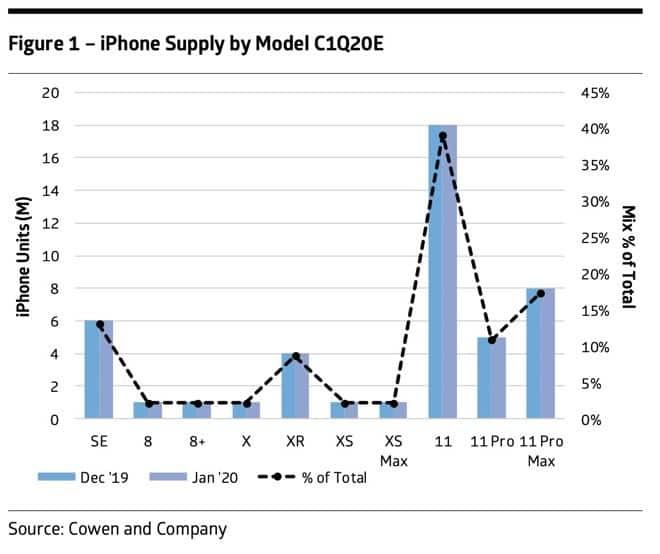 On January 20, Sankar raised Apple’s target stock price to $350. It was conditioned by its services business and the upcoming new iPhone. Looking ahead, iPhone SE 2 and iPhone 5G 5 will add momentum to iPhone production growth year-on-year. At the same time, the service business will continue to maintain strong growth. 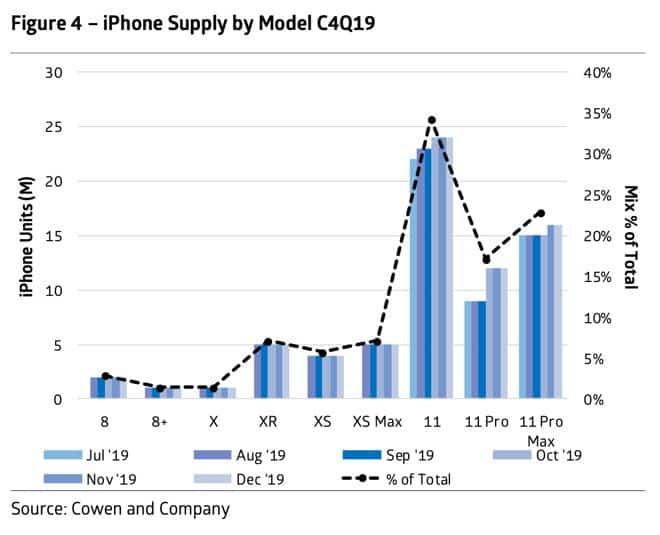 Sankar wrote: ‘Warm reception for the iPhone 11 & bullish investor sentiment on the smartphone market has led to expectations for iPhone unit Y/Y growth in CY20, especially with the SE2 (despite some cannibalization) and 5G product cycles. Services revenue growth is expected to remain robust with generally stable gross margins (60%+) as rising subs revenues (est. 51% of Services by FY21 vs 44% in FY19) drive multiple expansion.’

This analyst predicts that Apple will ship approximately 195 million iPhones in fiscal 2020. Although the 5G iPhone will contribute to this extent to a certain extent, most of its impact will be revealed in fiscal 2021.

At the same time, he believes that, based on various market forces, Huawei’s smartphone output may fall by 10% year-on-year. Samsung’s output is expected to be flat with the same period last year.