When you install an antivirus on your computer, you expect it to protect your privacy from external threats. However, if you have used Avast antivirus you have probably shared more private information than you can imagine.

Avast is an antivirus software from the Czech firm Avast Software that was developed in the early 1990s. It has a market share of 21.4% being the most widely used free antivirus software in the world. This is since 2017 according to Wikipedia.

A joint investigation between Motherboard and PCMag has discovered that Avast, which owns AVG, compiled users’ online browsing activity and sold it to third parties. The information collected was sent back to Jumpshot, a subsidiary of Avast, which sold this data to its customers.

The Cost of Avast’s Free Antivirus: Companies Can Spy on Your Clicks

Avast claims to have more than 435 million active users per month. Alongside with that, Jumpshot says it has data from more than 100 million devices. Avast collects data from users who have given their consent but most users were not aware that Avast was selling their browsing history. This raises questions about how consent was requested.

The data collected includes searches on Google, searches for locations and GPS coordinates on Google Maps, visits to companies’ LinkedIn pages. In addition to YouTube activity and a log of users who visited pornographic websites. From the data collected, it is possible to determine, for example, on what date and at what time an unidentified user visited a certain website. In addition, they can know what search term he entered on these websites and what specific video he saw. 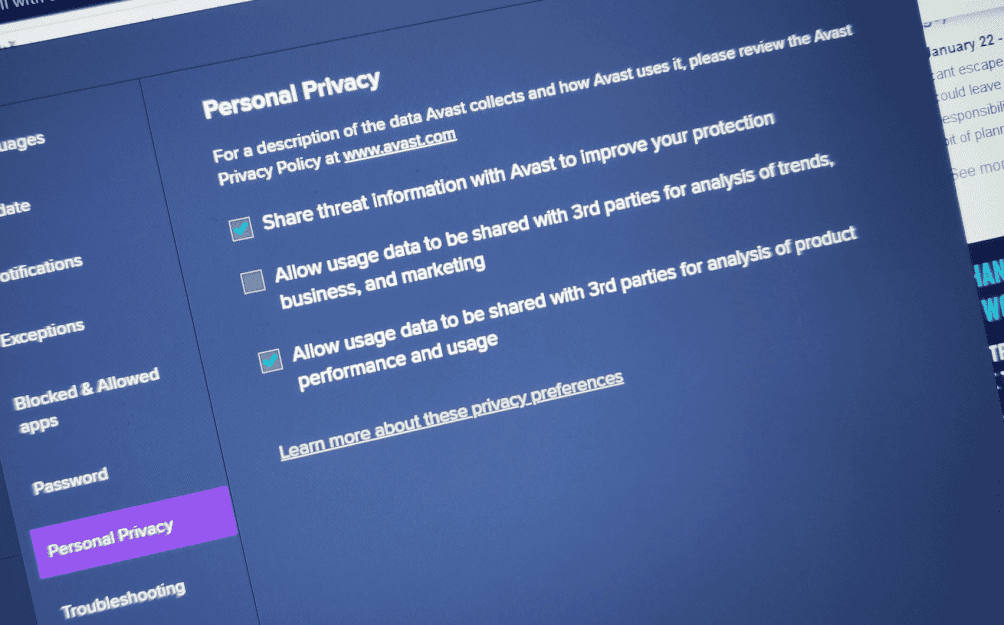 Although the data does not include personal information, such as user names. But, they contain a large amount of navigation data and experts say it would be possible to identify certain users.

It is quite worrying that a product that is supposed to protect us from external threats is, in reality, a threat to our privacy. Even if the user has consented to the antivirus collecting this information. Which is at some point buried in the terms and conditions. It is not an acceptable practice for the company to sell this data to third parties.