Many Android manufacturers effect some tweaks in their system that makes it different from Pure Android. For many years, some Android phone manufacturers imitate the iPhone operating system with their own software. Xiaomi is one of these companies (not in recent times anyway). Following the same path as Apple meant that it had to ignore a few Android standards. If you had used the MIUI Launcher on Xiaomi smartphones, you had to do without the classic app start menu (drawer). Some time ago there was an announcement that this feature will be coming to MIUI Launcher. A new test version of the MIUI Launcher confirms this, users can activate the app drawer. 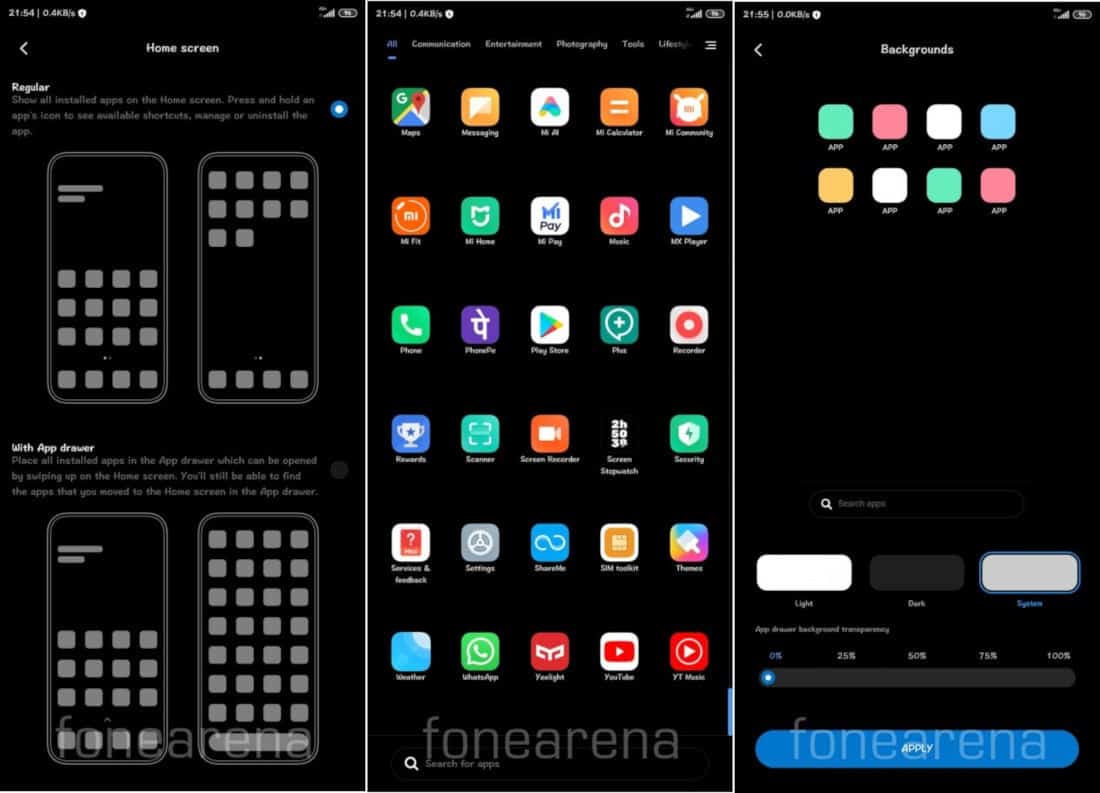 This appears to be a popular need amongst users and the company tags it “the customer choice”. This is not new to Chinese smartphones, even Huawei has added this feature too. Furthermore, users can now set a lot more, namely the size of the app icons, changing background colors and all sorts of other stuff. A large part of this feature comes from the Poco launcher.  The Poco Launcher is already freely available for many Android smartphones (including non-Xiaomi phones). This means that the start-up menu feature will not be entirely strange to Mi users.

Although Xiaomi smartphones all rely on the MIUI with a few exceptions, the launcher has so far made these unexplainable differences. Please note that the latest app version Alpha is currently required for the drawer. For example, there is the APKMirror but there could still be some bugs on board. Thus, you may want to wait for the final version of this app before you update it.

What do you think about this app start menu feature from Xiaomi? Let us know your thoughts in the comments.

Previous Linux 5.5 officially released with a couple of hardware improvements

Next Windows 10: You can now use your PC to make and receive calls