Sony is gearing up for its next-generation gaming console with the moniker PlayStation 5 or PS5. Since the last couple of weeks, numerous leaks and rumors are acting as a fuel to the already hyped up gamers. Well, Sony has now filed the trademark for its upcoming gaming console. 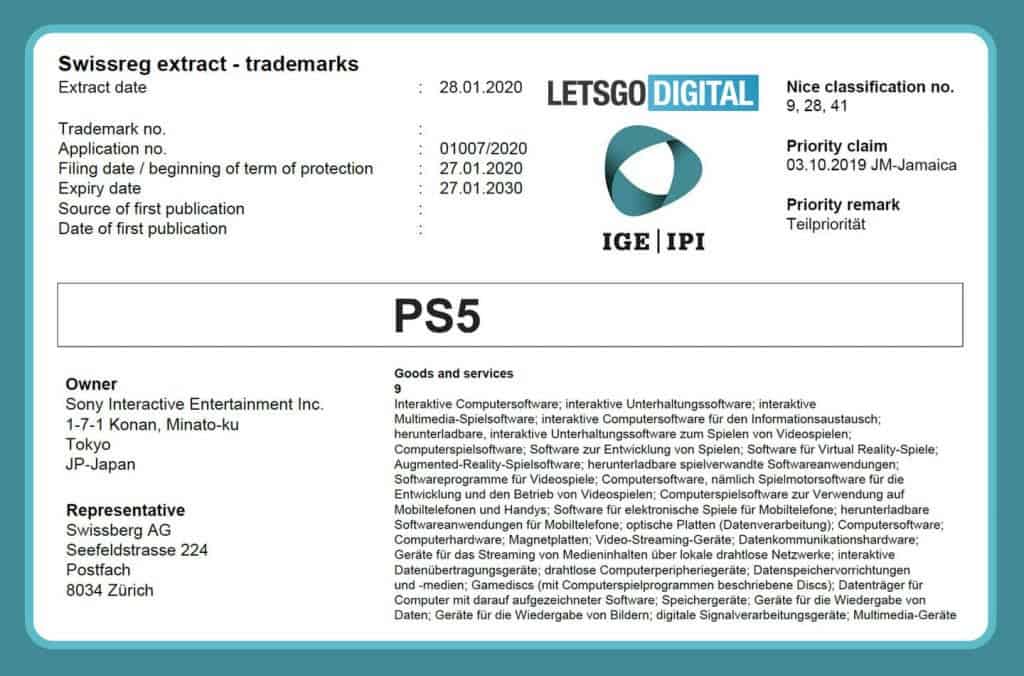 This report is a courtesy of a tech magazine that goes by the name LetsGoDigital. One of the Sony representatives of Sony Interactive Entertainment Inc filed this trademark on January 27 with the Swiss IGE IPI. With this new development, it seems like the official launch or reveal of PS5 is indeed getting closer. Earlier we reported that the PS5 console might reveal on February 5. However, various other reports are also suggesting some different launch dates. It seems like the Sony Hall in Manhatten, NY is closed for a couple of private events next month.

Those dates are February 24 and February 29. There is a decent chance that one of these dates might be actually for the official big reveal. It is also worth noting that there is no private event on February 5 so far. With that said, we are playing guessing games so everything should be taken with a pinch of salt. We should see more information surfacing online in the coming weeks.

Earlier this month, a new patent surfaced online revealing the features of possibly the DualShock 5 controller. The patent showed a controller with voice control support along with improved vibrations feedback. Coming to the console itself, we’re expecting backward compatibility, improvement in graphics & processor and usage of a solid-state memory unit. Lastly, various reports are pointing towards some unique, unannounced features that will significantly improve the gaming experience. Coming to the price tag, we’re speculating the console to come with a price tag of around $500.