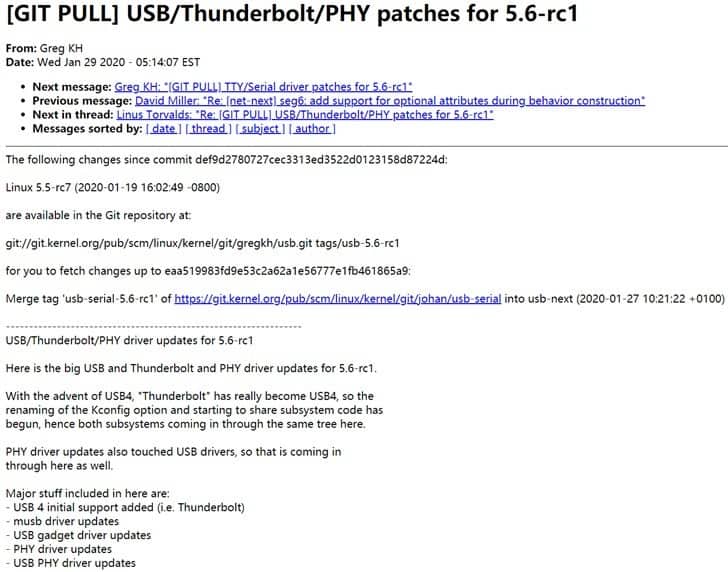 In addition to adding support for USB4, it also adds other USB / Thunderbolt features. It supports a separate DisplayPort standby mode, USB Wake -On, NVIDIA Tegra USB updates, MediaTek MUSB controllers, USB 3.x tunnels in Thunderbolt, and improvements to various other USB support. The complete list of USB improvements to the Linux 5.6 kernel comes from this PR, which has been merged into the mainline. What do you think about this new support?