Today, the official website for the German IF Award announced that Meizu Zero won a Design Gold Award. This makes Meizu’s device the second Chinese phone to ever win the award, only after the Smartisan H1 that won in 2015. 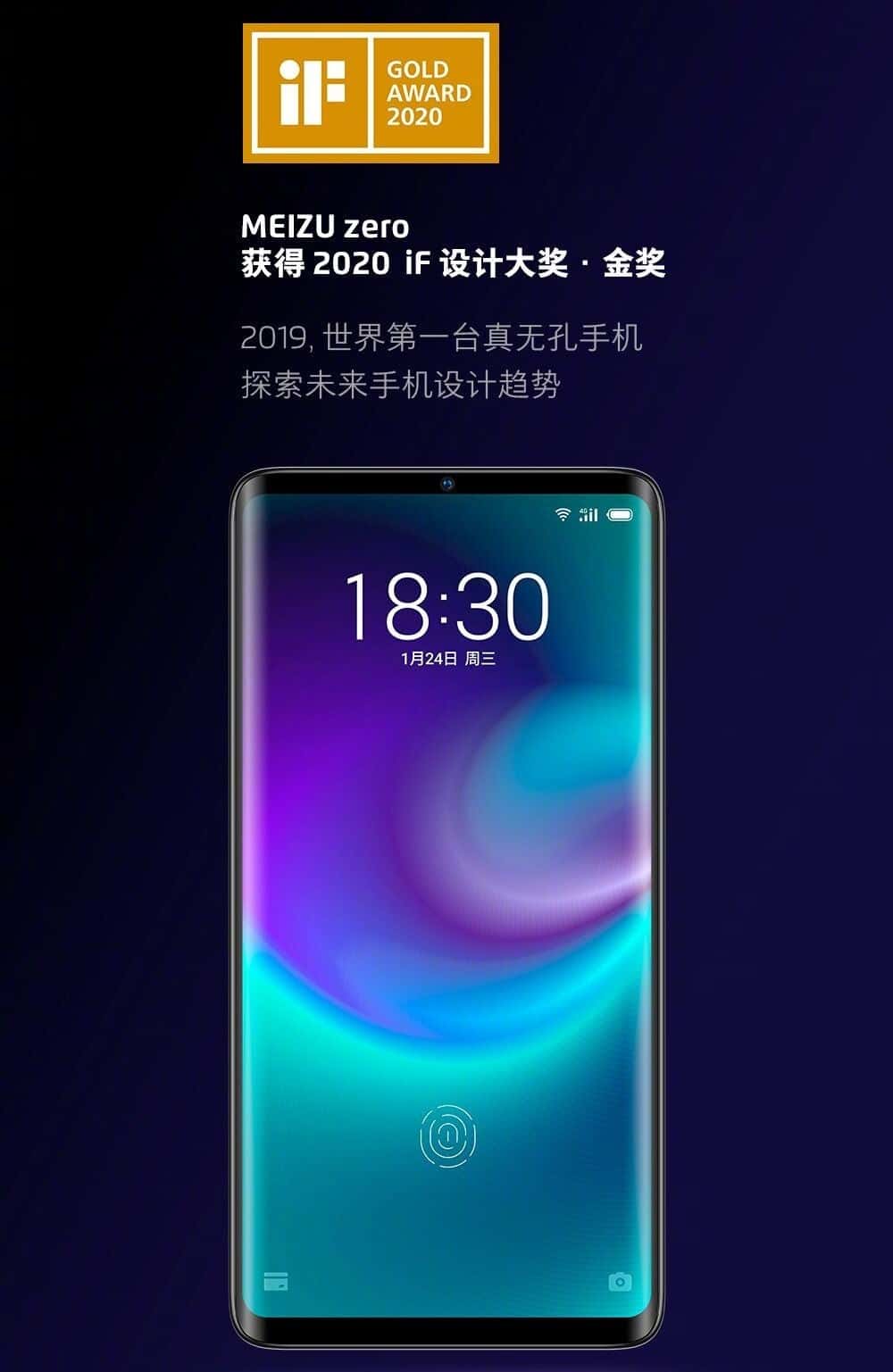 The iF Forum Design Award, abbreviated as “iF”, was founded in 1953. The award ceremony is held annually by the iF Industrie Forum Design e.V, the oldest industrial design agency in Germany. The IF International Design Forum in Germany picks the iF design award winners every year. The forum is also known worldwide for its independent, rigorous and reliable award system. Its main aim is to raise public awareness about the latest design trends and its most important gold award is the “iF Product Design Award”.

As we previously mentioned, Smartisan won the 62nd iF International Design Award in 2015 with their T1. That was also the first ever Chinese smartphone to win the well regarded award. Today was the turn of Meizu’s device, around 5 years later.

The Meizu Zero was launched back in January of 2019 it was the world’s first “hole-less” smartphone. With that we mean the handset did not feature any type of port. The Zero did indeed adopt a one-piece unibody ceramic design, with no phyisical buttons. In order to achieve a comprehensive “hole-less” design, Meizu Zero it equipped with a number of cutting-edge technologies. Including Super mCharge Wireless super fast charging, an under display fingerprint scanner, mSound 2.0 screen sound technology and more.

However, due to the failure of Meizu Zero crowdfunding run, this very unique device basically disappeared from the market. Meizu’s CEO, Jack Wong, later said that the Zero was just a development project from the R&D department and never intended to mass-produce the smartphone.

Next Coronavirus: China Mobile Offers Special Data Plan to those in Affected Areas