Following weeks of leaks and rumors regarding the Samsung Galaxy Buds+, today we finally have something more “legit”; although we’re still talking about a leak. 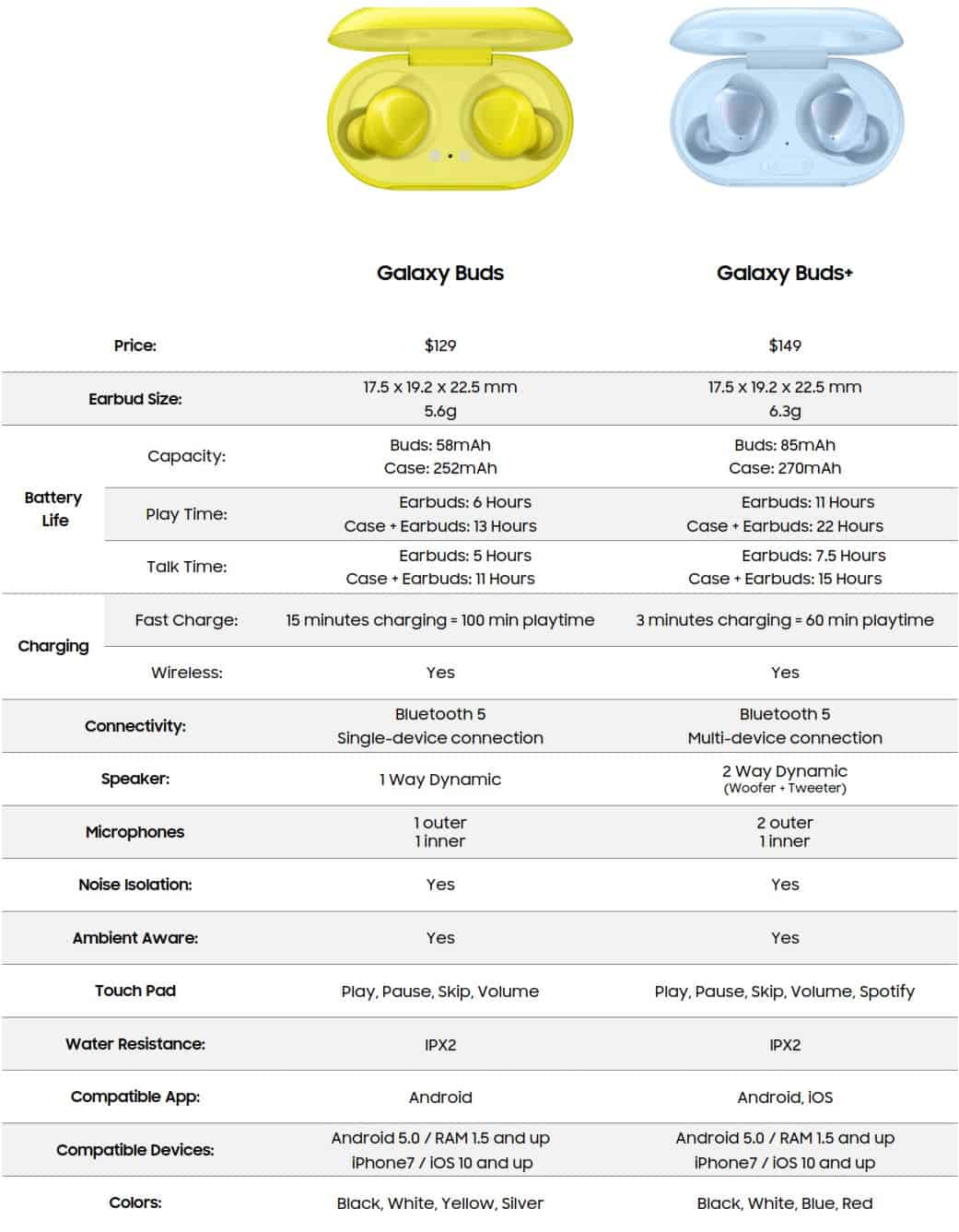 According to renown leakster Evan Blass, the image above does indeed portray the full specs and price of the upcoming in-ear buds. As we can see see, Samsung has apparently brought lots of enhancements on their TWS earphones; mostly for battery life, sound quality and more.

So, let’s start with the battery capacity which has been greatly improved. We now have up to 11 hours of usage on a single charge (the previous Galaxy Buds only had 6 hours). Meanwhile used in combination with the charging case, the battery life of the new earbuds can go to up to 22 hours; which is almost double the 13 hours of the old model. 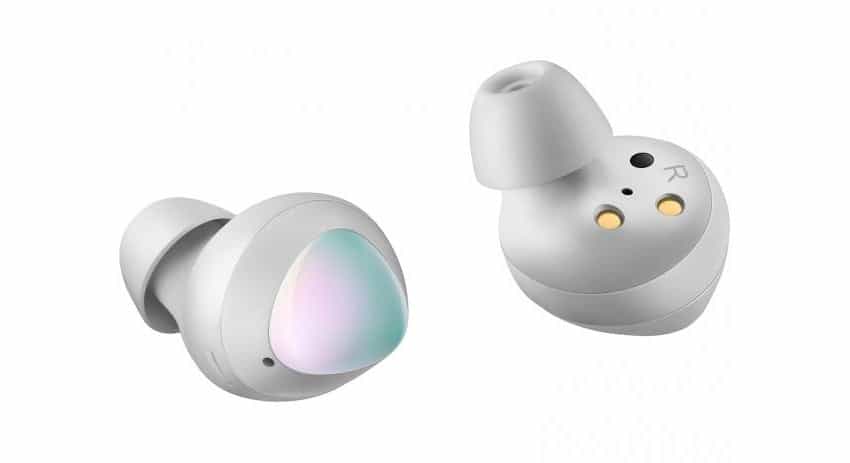 The sound quality of new Samsung Galaxy Buds+ will also be another highlight. According to the leaked specifications, the earbuds will indeed be equipped with a dedicated woofer and tweeter. Compared to the previous single speaker, the sound quality should see a good improvement.

In response to the shortcomings of the previous generation in terms of call quality, Samsung has apparently made some upgrades as well. Samsung’s Galaxy Buds+ see the addition of another microphone. This move totally changes the way earbuds capture audio, with improved noise reduction and better final results.

As far as design is concerned, the Galaxy Buds+ are similar in design and size to their predecessor; but with an increase in weight. After all, many new components have been added and the battery capacity was also increased. 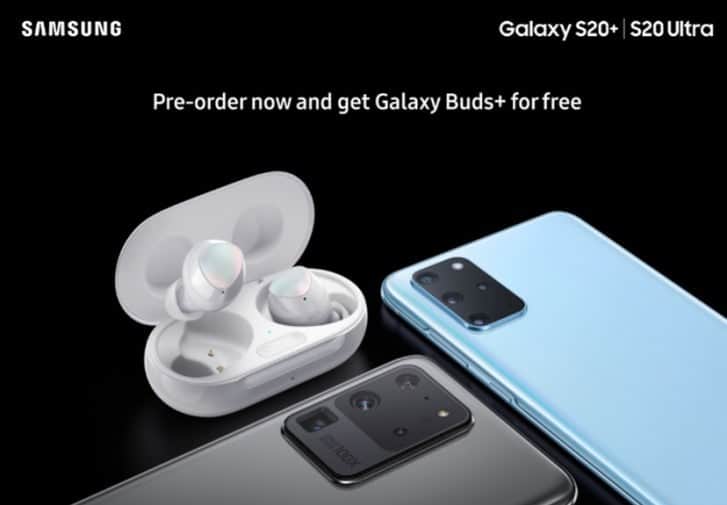 The touch function is still available and it can used to control music playback. Additionally, the Samsung got rid of the restriction that only allowed them to be paired with a single smartphone. So, now it’ll support multiple devices pairing at the same time.